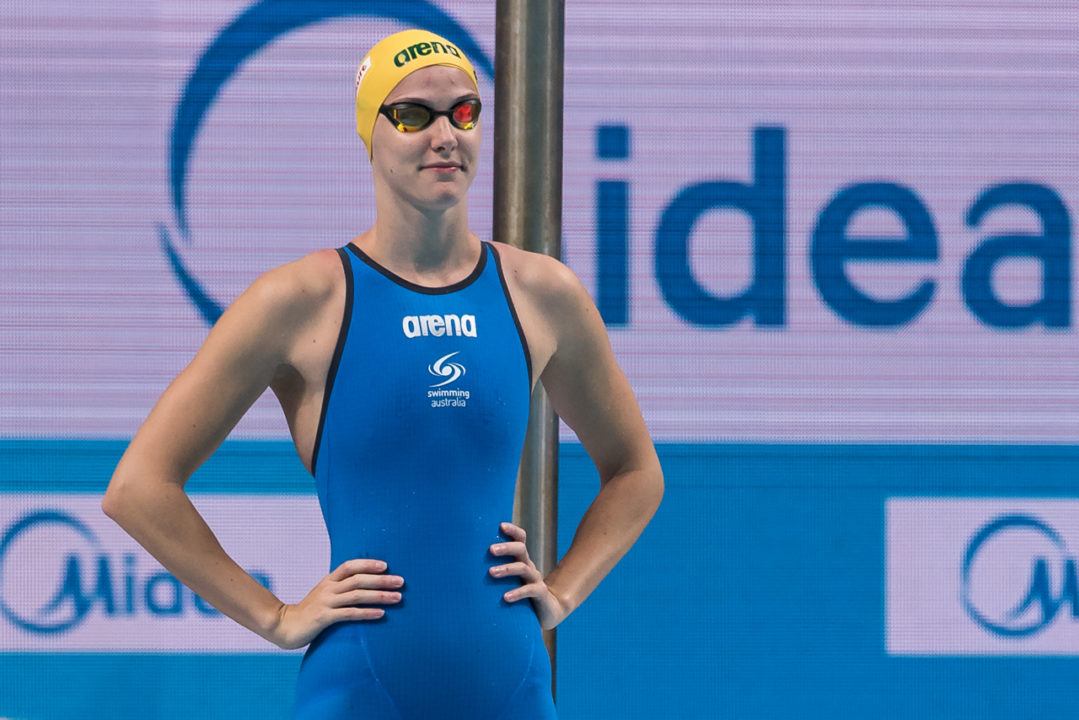 The London Roar have Bronte Campbell lined up for her first crack at the skins race on Sunday in Budapest. Archive photo via Peter Sukenik/www.petersukenik.com

The meet saw Iron swimmer Vlad Morozov make his league debut en route to a meet MVP honor in front of a sold-out pool in Lewisville.

Last week, the biggest changes of day 2 at the ISL didn’t come until mid-session, where the London Roar swapped Emma McKeon and Cam McEvoy into the skins races, where both had outsized success (including McKeon finishing 2nd).

This week, McEvoy is pre-entered in that skins race, but McKeon is not – London is sitting with the Campbell sisters in that race, just like they were before day 2 in Lewisville. If the meet is a runaway, they’ll probably leave that. If the Current or Iron are within reach, we’ll see if they go back to McKeon. With the Roar probably feeling confident about their chances at Vegas, this could just be an opportunity to see how Bronte Campbell handles the skins event so that they have as much information as is possible ahead of the last 2 meets of the season.

London’s lead after day 1 is 39 points, which is not insurmountable, but is still 20 points better than they were after day 1 last week before cruising to victory. The more exciting battle is the one between Iron and LA Current for 2nd, as they’re separated by just 9 points after the first day of racing, and with the defending skins winners, they’ve got a shot at top 2. That’s what they need to do to have a real chance at making the Las Vegas final.

TEAM STANDINGS AT THE END OF DAY 1

Among the interesting day 2 entry notes:

Anyone having trouble with the live stream?!

It seems to be on ESPN2 this time, not sure why.

I was having trouble too, so I just visited the ISL website, and it seems that today’s session starts an hour later than Day 1; if you follow the link below and scroll to the bottom of the page, the webpage lists the session start times in different time zones.
https://isl.global/where-to-watch/