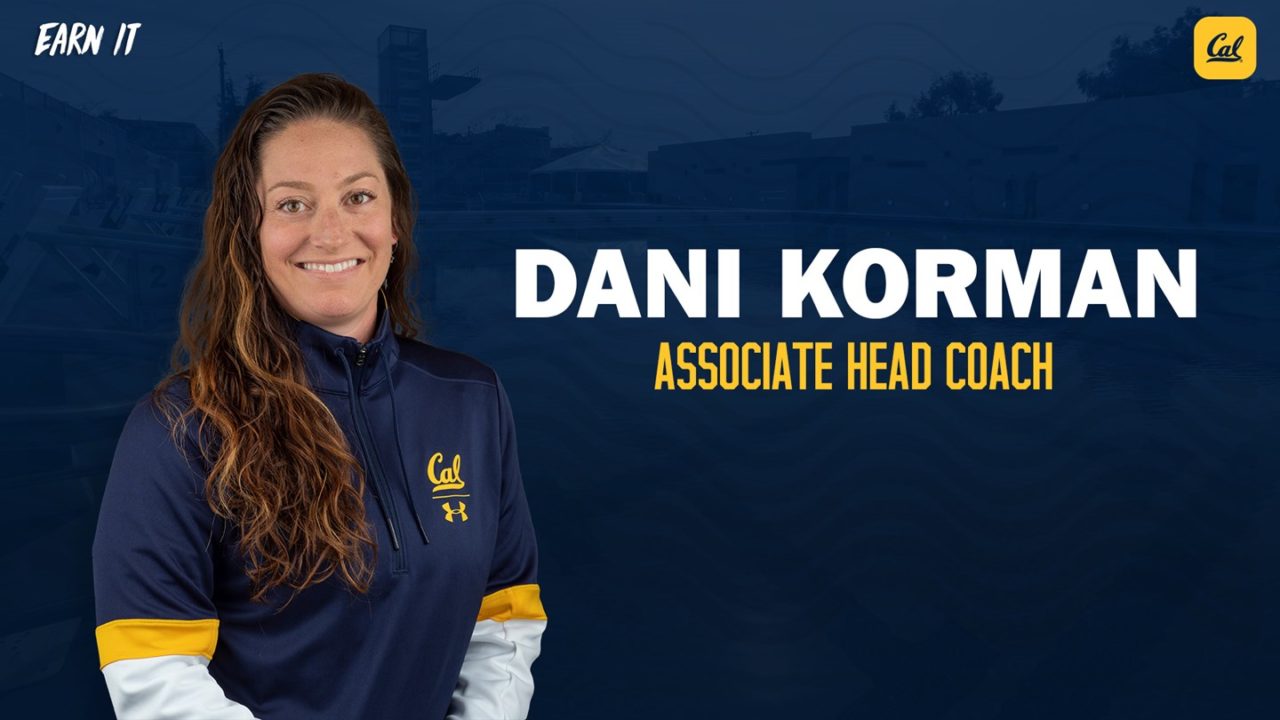 The 2019-20 season was Korman's first with the Bears after four years as head women's and men's coach at Division III powerhouse MIT. Current photo via Cal Athletics

Carmel High School maintained its winning streak at the Indiana Boys High School State Championships, while sophomore Will Modglin swam a 1:45 in the 200 IM.

The 2019-20 season was Korman’s first in Berkeley. Prior to that, she spent four seasons as the head coach of both the men’s and women’s teams at Division III powerhouse MIT. Before MIT, Korman spent three years as an assistant coach with the women’s team at Yale University, four seasons as an assistant at Johns Hopkins, and was the interim head coach at Carthage College.

An alumnus of Kenyon (class of 2006), another top DIII performer, Korman led the MIT women’s team to the best finish in program history at the NCAA Championships in 2017 when they placed fifth.

When she joined the program, Korman became the Bears’ fourth assistant in five seasons; Sarah Dunleavy (2017-2019) and Ian Walsh (2016-2017) both stepped down after two or fewer seasons in the role. Based on our research, McKeever has only had one prior associate head coach: Kristen Cunnane, from 2011-2015. Cunnane was with the program for 10 years in total.

McKeever, 58, is the most accomplished female swim coach in history and is coming up on 30 years with the Cal program. In January, the school announced that she signed a contract extension through the 2023-24 season.

The first — and still only — female head coach of a U.S. Olympic swim team, McKeever has coached 26 Olympians who have won 36 medals. She is also a two-time head coach for the U.S. at Pan Pacs, and she has been an assistant coach at the world championships seven times, including last summer. McKeever’s new deal keeps her in Berkeley through the lead-up to the 2024 Paris Olympics.

What does this help when you have separated men’s & women’s programs? Is it essentially just a way to give a nice raise since they’re already at the maximum allotment of staff?

Genuinely curious and I hope this doesn’t come across as a dumb question.

A title change helps gain a salary increase and for some helps if their goal is to be a head coach in that division.

Congrats! She did an awesome job at MIT and she is already making a solid impact at Cal