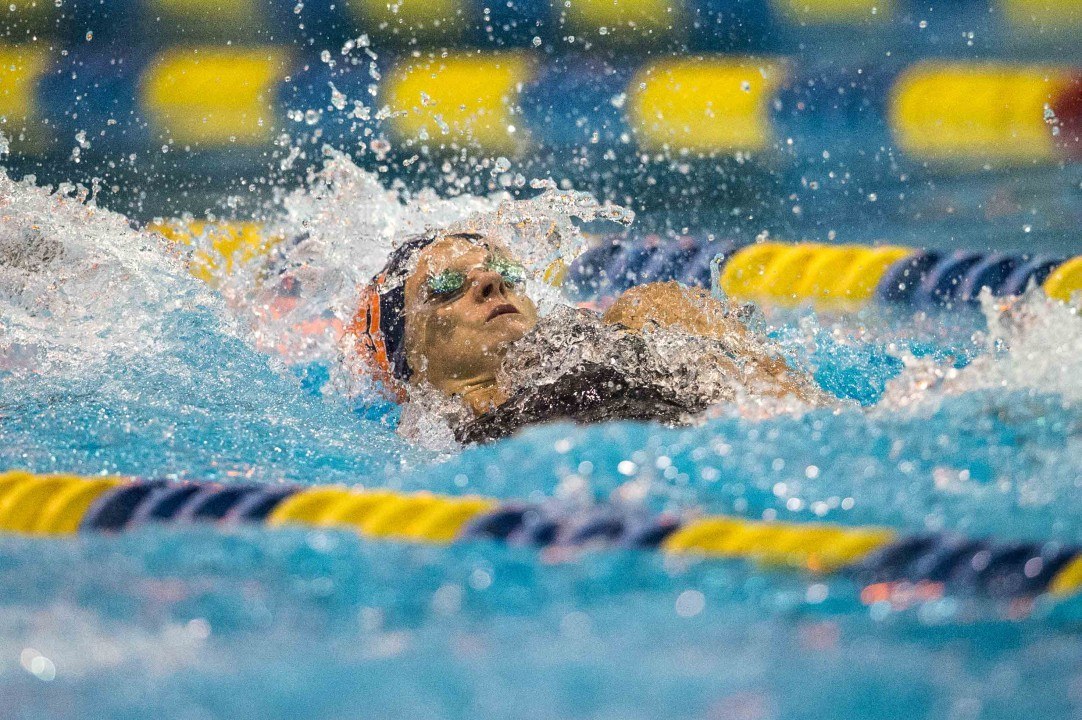 With tonight's win in the women's 200m backstroke, Kirsty Coventry's trifecta of wins across three editions of the All Africa Games is now complete. Archive photo via Mike Lewis/Ola Vista Photography

Tonight’s session represented the final races of the 2015 edition of the All Africa Games and the meet certainly ended with a bang in Brazzaville, Congo.

The country of South Africa wrapped up its stellar championships with a solid win by Douglas Erasmus in the men’s 50m freestyle in a time of 22.61.  Teammate Myles Brown also got the job done in the 200m IM race where he topped the field in his gold medal-winning effort of 2:01.71  Additionally, the women’s 400m medley relay added to the gold medal tally, claiming victory in a time of 4:12.36.

Also among tonight’s winners was Algeria’s Majda Chebaraka, who has been on fire this meet.  After already having set national records across the 100m, 200m, 400m and 800m freestyle events in Brazzaville, Chebaraka completed the full slate with her national record in the 1500m freestyle en route to winning the top prize.  Her podium-topping time of 17:07.82 added the gold to her three other individual medals from this meet – bronze in the 200m free, silver in the 400m free and gold in the 800m free.

Clinching a milestone of her own was Zimbabwe’s Kirsty Coventry.  By winning the women’s 200m backstroke in tonight’s final (2:13.29), Coventry successfully completed her triple three-peat at the All Africa Games.  Coventry has earned gold in the 100m backstroke, 200m backstroke and 200m IM events at the 2007, 2011 and now the 2015 editions of the meet.

Of her incredible feat, Coventry commented via social media, “Sacrifices, perseverance, self-belief and your [fans] support have been essential in achieving this accomplishment.”  Coventry also confirmed that this year represents her final All Africa Games appearance.

Below is the final medal table from the swimming events at the 2015 All Africa Games, revealing essentially a two-country race between South Africa and Egypt.  With depth on their side, South Africa managed to top the number of golds and overall medal count across the 6-day affair.

Fantastic effort Kirsty Coventry! All the best in your preparations for Rio!

Well done Kirsty, hope you have a little more in the tank for Rio podium finishes