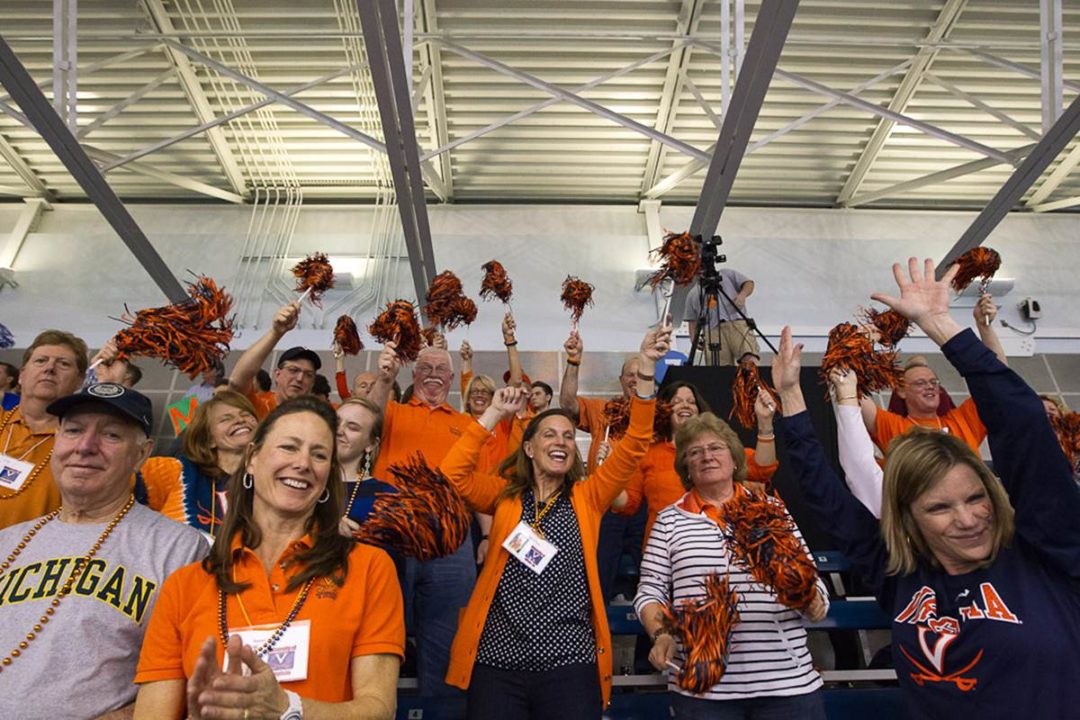 The University of Virginia has added Clif Robbins as their newest assistant coach. (Photo: Tim Binning/TheSwimPictures.com)

Augie Busch now has four of an expected 5-coach staff filled out, as his assistant Clif Robbins is reported according to several sources (including the University of Houston) to be joining him at the University of Virginia next season as an assistant.

Robbins joins Augie Busch, Sammy Busch, and Cory Chitwood on this totally new Virginia staff that takes over after the retirement of the most successful coach in program history Mark Bernardino on July 1st.

Robbins has grown up a true Texan. He is originally from Allen, which is far to the south in the state, before going on to Texas, where he was a four-year letter winner. He majored in chemical engineering, but instead of sticking to that potentially-lucrative field, he jumped into coaching instead.

He began as the head coach and aquatics program director at the River Oaks Country Club in downtown Houston, while simultaneously serving as a volunteer assistant for the Cougars.

Prior to the 2012-2013 season, though, he was promoted to the team’s full-time assistant, at which time Augie Busch had a glowing review:

“Clif is a talented teacher with a great eye for technique and his drive for student-athletes improvement is very evident,” Augie said of the hire at the University of Houston. “I have come to know him well in my time here in Houston and have been nothing but impressed with his character, passion, and desire to excel in the coaching profession. I see him making an immediate and positive impact in our program here at UH.”

This staff, when completed will give Virginia’s new head coach in the least a strong support structure of people he knows well and trusts, as he leaps into his first big-time head coaching job. This familiarity should create a strong staff chemistry that will have no growing pains, despite being fully united for the first time this fall.

Our sources tell us that Virginia is still looking to add a diving coach and one more assistant (likely female) to the staff.

Vote Up00Vote Down Reply
What?

Does that mean they let Doak Finch go too, what are they thinking. It must have been a real mess there for them to totally clean house like that.

Clif is a great addition to any organization. Houston has lost a remarkable guy making UVA very fortunate to have him. Great hire! Watch him…he will be one of the great ones!