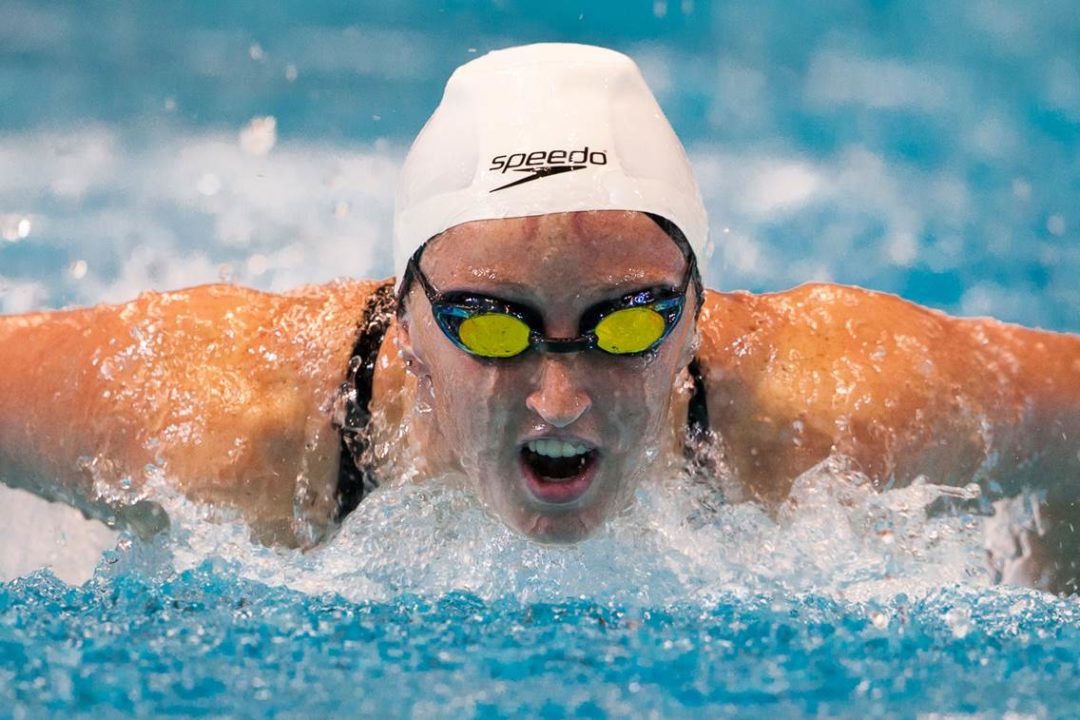 Claire Donahue announced today via her Twitter that she's accepted a spot on the 2013 Duel in the Pool roster. photo via Tim Binning/TheSwimPictures.com

A pair of 2012 U.S. Olympians, plus a member of the World University Games team have accepted invites for the 2013 Duel in the Pool that will be held on December 20th and 21st in Glasgow, Scotland.

Donahue earned an invite by way of her 100 fly, a race in which she placed 8th at this summer’s World Championships. Adams, who is about to begin her senior year at Texas A&M, receives an automatic invite as the fastest American in the 200 fly. She was a 2:06.75 in the semi-finals at the World Championships, and wound up 7th in finals.

We won’t know by which route, exactly, Henry made the team, as she wasn’t the top finisher in any event. She may, however, been a choice based on versatility: she qualified for the U.S. National Team in the 400 free, 800 free, 200 IM, and 400 IM. A swimmer who can eat up that many events, with limited rosters for the Americans, can prove very valuable.

Athletes are chosen on the basis of being the fastest American from the World Championships, World University Games, and U.S. Open (combined) in an Olympic event – top two in the 100 and 200 freestyle. Then, the roster is filled in around them at the coaches’ discretion.

These three join Conor Dwyer, who last week confirmed his intent to swim at the meet as well, as publicly known invites for the American team.