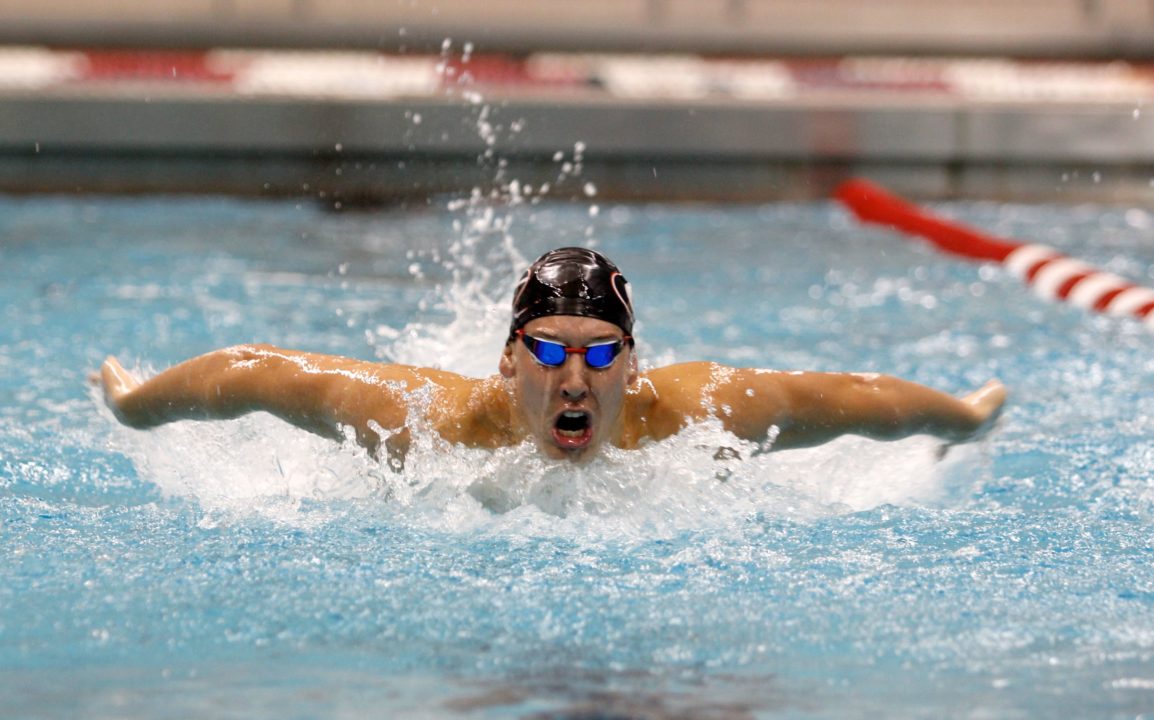 Georgia Bulldogs star and defending NCAA champ Chase Kalisz has been cleared to return to competition with the team, the University of Georgia announced tonight. Archive photo via Shanda Crowe, shandacrowe.weebly.com

Georgia Bulldogs star and defending NCAA champ Chase Kalisz has been cleared to return to competition with the team, the University of Georgia announced tonight. The sophomore has been found in good academic standing after being held out of competition for an academic review over the past few weeks.

Coach Jack Bauerle, however continue to be held out from upcoming Georgia swim meets, the Athletic Department said, calling it “an ongoing matter.”

“Chase has demonstrated outstanding patience and character throughout this review,” said UGA J. Reid Parker Director of Athletics Greg McGarity. “We are very excited to have resolved his situation quickly so Chase can rejoin his teammates in competition.”

Kalisz will make his official return to competition on January 25, when the Bulldogs swim the University of Tennessee.

Update: This story has been updated to include Coach Bauerle’s status, which remains unchanged, according to the athletic department.

This is not good. I hope this is resolved quickly in the coach’s favor. In cases like this, I always wonder if the swimmer for whom the coach went to bat for, throws the coach under the bus in exchange for his / her eligibility. I am not saying that this happened, but it is definitely strange turn of events.

What is going on then?