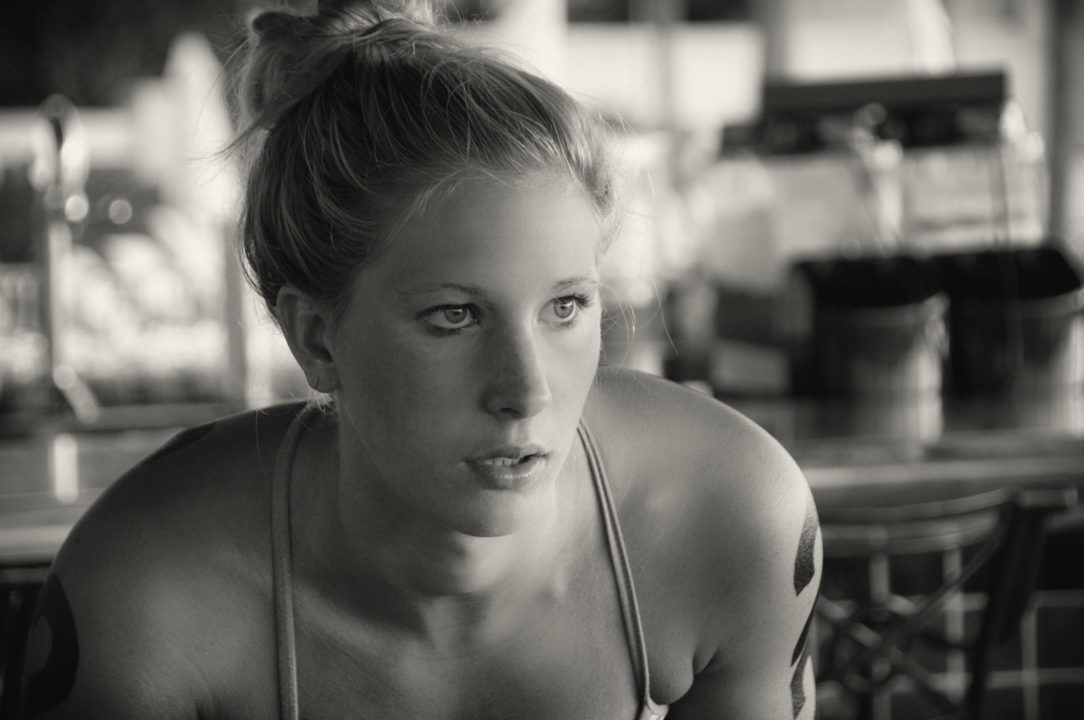 "It's been a very, very difficult decision, but in the end I truly feel this is what I need to continue in swimming", Ashley Twichell on leaving the Mission Viejo Nadadores (photo: Mike Lewis, Ola Vista Photography)

Sometimes when a swimmer switches teams people take notice.  When two high profile swimmers make a move from a high profile club a lot of heads turn and a lot of question start swirling around.  Yesterday SwimSwam reported that 2 time Olympian Chloe Sutton and 2011 Open Water Swimming World Champion Ashley Twichell are leaving the Mission Viejo Nadadores to join Coach John Payne at [ix3]Sports in Raleigh North Carolina.  As expected, many in the swim community asked ‘why?’ While some even went further to provide various hypothesis.  Now it’s great that swimming has  passionate fans who thrive on the various facets of the sport and lives of the athletes, but instead of wonder why we talked with Ashley Twichell to get her reasons for the move.

First, like a lot of swimmers who swim or swam for Coach Bill Rose, Ashley loves the Nadadores. “Originally, I only planned on coming out for a summer, but this (Mission Viejo) has been such an amazing experience.  It’s truly a family and the decision to leave has been really hard,” she said.  “My time with the Nadadores has been tremendous both in an out of the pool. I cannot begin to describe how much Coach Rose means to me.  I will miss him immensely and I credit him with the many successes I’ve achieved in the past two years.”

Yet Ashley Twichell is not only a great swimmer, she’s a very smart woman and she knows 2013 was not the year she had hoped for.  After marginal results on the world cup circuit and a disappointing performance at the open water nationals she started to reflect on her passion for her own swimming.   Of course she was proud to represent the United States at the World University Games where she won gold in the women’s 10K, but it was not the major event of the summer for which she had trained.

“I really took a lot of time this summer to evaluate where I want to go with my swimming future. As much as I love the Nadadores, I also know I need a change if I’m going to keep at it.”

So why [ix3]sports?  John Payne, the head coach at [ix3] was on the staff at the 2011 USA Swimming open water select camp and Ashley really admired his positive attitude and emphasis on the psychological aspects of performance.  “I like the energy of the club as well as his approach to training.”

Furthermore, although she’s originally from upstate New York, North Carolina is a “home base”.  She’s very close with her former classmate from Duke who are in the Raleigh area and a cousin who’s at Wake Forrest.  Family is a very big deal to Ashley, “my sister lives about an hour and a half from Raleigh and she’s about to have a baby and I want to be near her.”

Being able to make the move with Chloe Sutton is also important – the two have become very close friends, but as far as swimming goes Ashley see Chloe “as the perfect training partner”. They compliment one another, “I can push the distance stuff and she has really helped my speed”.  This combined with the other professionals who are training at [ix3] will hopefully create an environment that will allow Ashley to continue her development in the sport.

So while a lot of fans can question the decision, it’s clear Ashley is excited about the challenges she’ll face in the pool and open water and it’s going be very nice to be back “home”.

We wish Ashley best of luck and a safe move to North Carolina.

Aside from Charlie Houchin, what other professionals will be training there?

don – they haven’t announced any names specifically yet, but everyone keeps alluding to there being others coming.

Well guys if they are both going to NC – you can be sure they are not eloping & therefore are still eligible bachelorettes .

Really?? First and foremost that’s just not funny – I mean the way you attempted to construct that joke… if you’re going to be “edgy” learn how to do it…

Secondly, these are two young women who are Olympic hopefuls… Why are you directing this drivel at them… It’s just lame dude…

On the contrary – if I ever swallow poison I will dig out Sutton’s vid so I can vomit it up. Or at least have a last laugh.

nothing wrong with two hot chicks coming to the Triangle…..