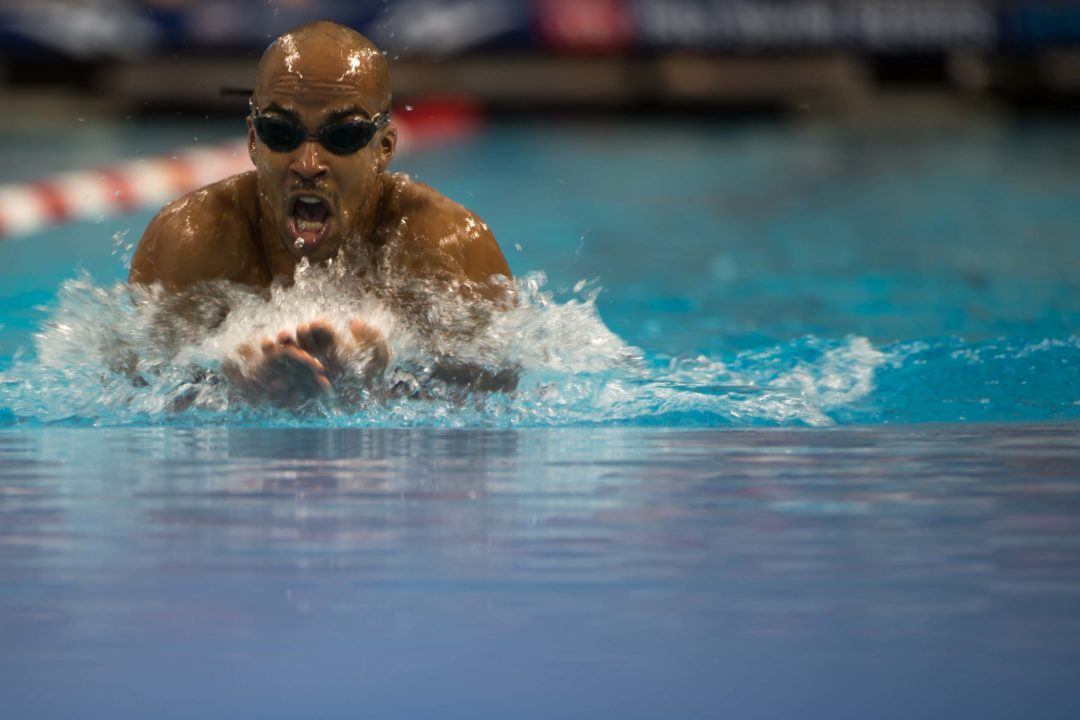 The President of the CAS Appeals Arbitration Division dismissed a request for provisional measures filed by Siphiwe Baleka to allow him to travel to Tokyo. Archive photo via Mike Lewis/Ola Vista Photography

The Court of Arbitration for Sport informed SwimSwam on Monday that they had rejected the request for a temporary injunction against FINA’s decision to not qualify Guinea-Bissau swimmer Siphiwe Baleka for the Tokyo 2020 Olympic Games.

“Please be advised that on 16 July 2021 the President of the CAS Appeals Arbitration Division dismissed a request for provisional measures filed by Siphiwe Baleka in which he sought to stay the execution of FINA’s decision not to qualify him.”

That stay would have allowed Baleka to travel to Japan as if he were competing – which is a matter of particular issue this versus other years because of the COVID-19 safety protocols in place for individuals arriving in Japan.

Baleka last week filed with the Court of Arbitration for Sport, claiming that FINA has improperly interpreted an ambiguous deadline and rejected his bid to represent his adopted country at the Olympic Games at the age of 50. This marks a setback, though not a final decision, in his attempt to become the oldest Olympic swimmer in history.

Sources tell SwimSwam that the rejection was based primarily based on an administrative technicality – Baleka failed to lay out the 3 prerequisites for filing a stay. They have amended their request and asked for a reconsideration.

Dude needs to just let it go. It’s kind of sad how he is trying to exploit the Universality rule to live his Olympic dream.

Reading the SI article about him, it’s like he conflated making Olympic Trials cuts (which he just missed) with an actual shot at making the Olympic team back in the day. I thought it was going to be that he got third, just missing the team, and it gnawed at him all these years. I get the “you got a lane, you got a chance” argument, but it’s BS for the 100s, where there’s no way the slowest seeds have any chance of getting on the team. That said, he’s a helluva masters swimmer.