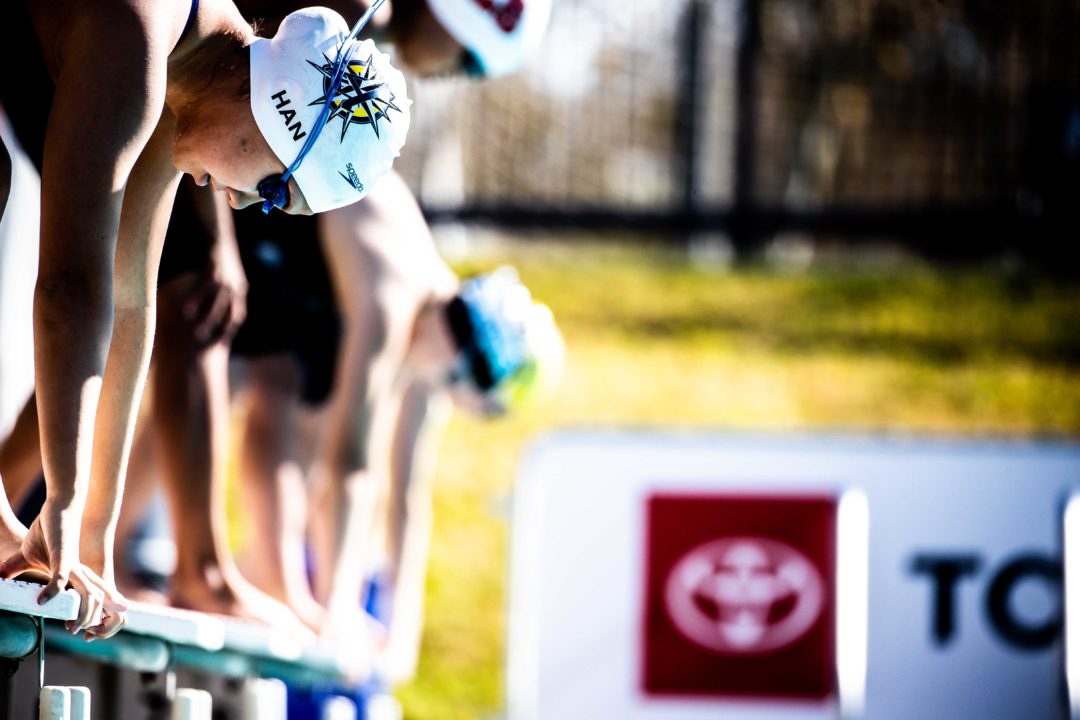 15-year-old Hartman dropped more than 2 seconds from her lifetime best from May.

Hartman was within .8 of her lifetime best time from the U.S. Olympic Trials Wave I which ranks her #28 out of the all-time fastest 15-16 year-olds in the event. Detter took about .7 off her best time from May to rank herself #74 all-time in her age group in a tie with Gretchen Walsh.

Halsted was about 3 seconds off her lifetime best time from 2013 Summer Nationals. This was a 9 second drop for Barck whose previous best was set in June.

MacAlister took down his lifetime best time from May by nearly 2 seconds while Griswold crushed his previous best from June by 4.5 seconds.

It was the 4×200 free relay night in Roseville where La Mirada Armada crushed the women’s event. Their team of Sabrina Bennani, Maelynn Lawrence, Katie Sulkevich, and Han won the race with a time of 8:27.53.

Other Notable Swims and Event Winners

SwimSwam is getting more and more bombastic each day, if that’s even possible.