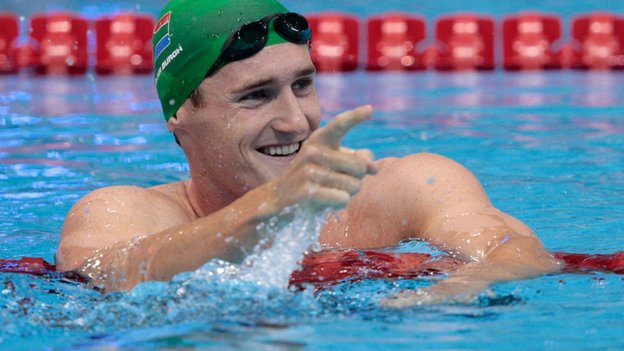 Cameron van der Burgh left South African World Championship Trials before the finals of the 100 breaststroke, in order to attend the Bergen Swim Festival in Norway. The Swim Festival has been declared a tribute to the late Alexander Dale Oen, who was a close friend to van der Burgh.

Van der Burgh is the defending Olympic Champion in the 100 meter breaststroke, and set a World Record at the London Olympic Games.

In this interview with Karien Jonckheere van der Burgh discusses the time he had in mind for the final of that 100 breaststroke after clocking a 1:00.71 in the semis, good enough to qualify him for World Championships. He also talks about his upcoming trips to Norway and Australia, balancing life as an Olympic icon with training for World Champs, and even the possible rule changes in the breaststroke events.