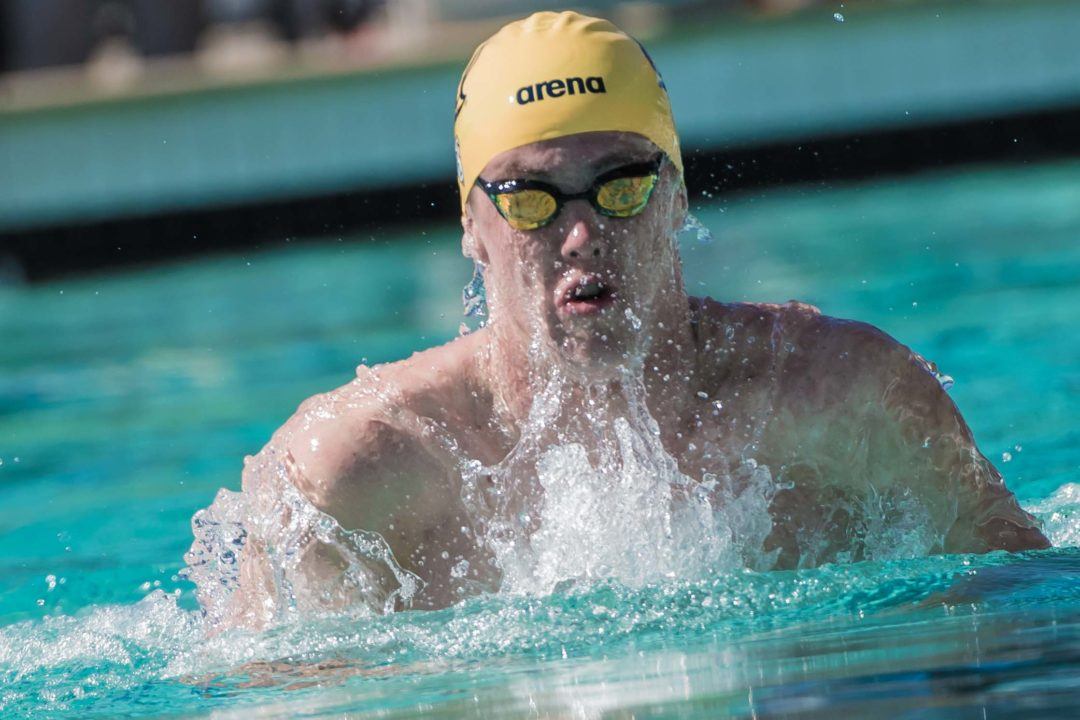 Cal's Karl Arvidsson earned an NCAA invite in the 200 breast. Arvidsson made a big drop of over 2 seconds, clearing the NCAA 'A' standard in 1:52.80. Archive photo via Mike Lewis/Ola Vista Photography

The 2019 Pac-12 Men’s Championships kicked off tonight in Federal Way with the 200 medley relay and 800 free relay, but some swimmers got in on some time trial action ahead of their individual events. A few swimmers hit times that are batter than, or close to, the estimated NCAA invite times for 2019.

Arvidsson’s time now ranks him #8 in Cal history. The fastest man on the Cal top 10 is Josh Prenot, who was the NCAA runner-up in this event in 2016 and the American Record holder in long course. Defending Pac-12 Champion Andrew Seliskar is #2 on that list after finishing as the runner-up in the event at last season’s NCAAs.

This is honestly pretty big for the team race–if he can make an A final in the 2 breast, that’s 11+ points. Also might give Seli license to do the 2 fly at NCs, or maybe try it out here. He went a 1:41 two weeks ago, so it’d be a close call for what he’d score more in.

The live results don’t include TT results. What r they thinking.

And a nice early taper drop for Nate!