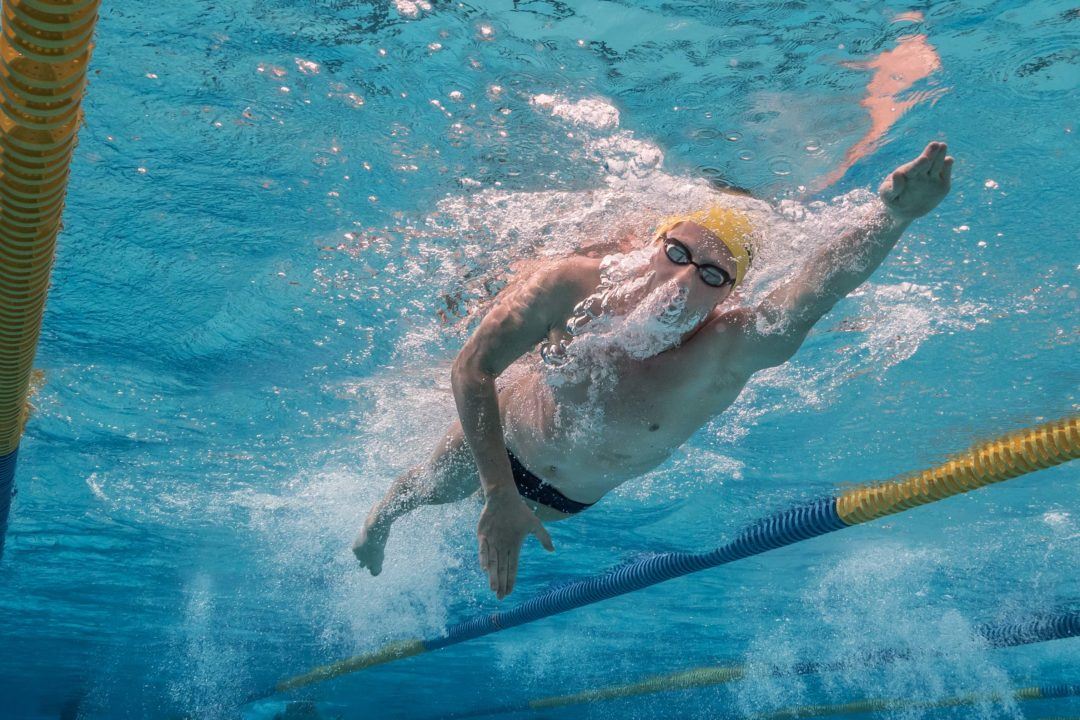 Cal senior Nick Norman opened the final night of the 2019 Pac-12 Championships with a 2nd-straight title in the men’s 1650 free. His time of 14:33.96 was almost 6 seconds better than his winning time from last season and broke the Pac-12 Championship Record by more than a second.

After a little bit of stagnation in his first 2 years at Cal, Norman erupted as a junior where he became the Cal men’s first-ever Pac-12 champion in the 1650 free. With a taper that couldn’t have been drawn up any better, he swam 14:39 at Pac-12s and dropped that to a 14:30 at NCAAs and finished 3rd in the race.

It took him until his junior season to surpass his high school best of 14:50, and he did so twice that year. He’s now surpassed his junior times at every rung of the ladder (mid-season, and conference) by a significant margin: a trend that makes him a serious contender for the NCAA title in the event later this month.

The overall conference record remains the 14:24.35 done by Chad La Tourette of Stanford at the 2012 NCAA Championships.

True Cal Bears don’t talk trash on comments. Most of these guys have Austin as their focus meet- True Sweester being one of them. Best of luck!

True Sweetser has really fallen off after his freshman year at Stanford. Even for all the extra practices he does, he doesn’t seem to perform. I don’t see him being in contention for 2020

I will wait to make that judgement til after ncaas.