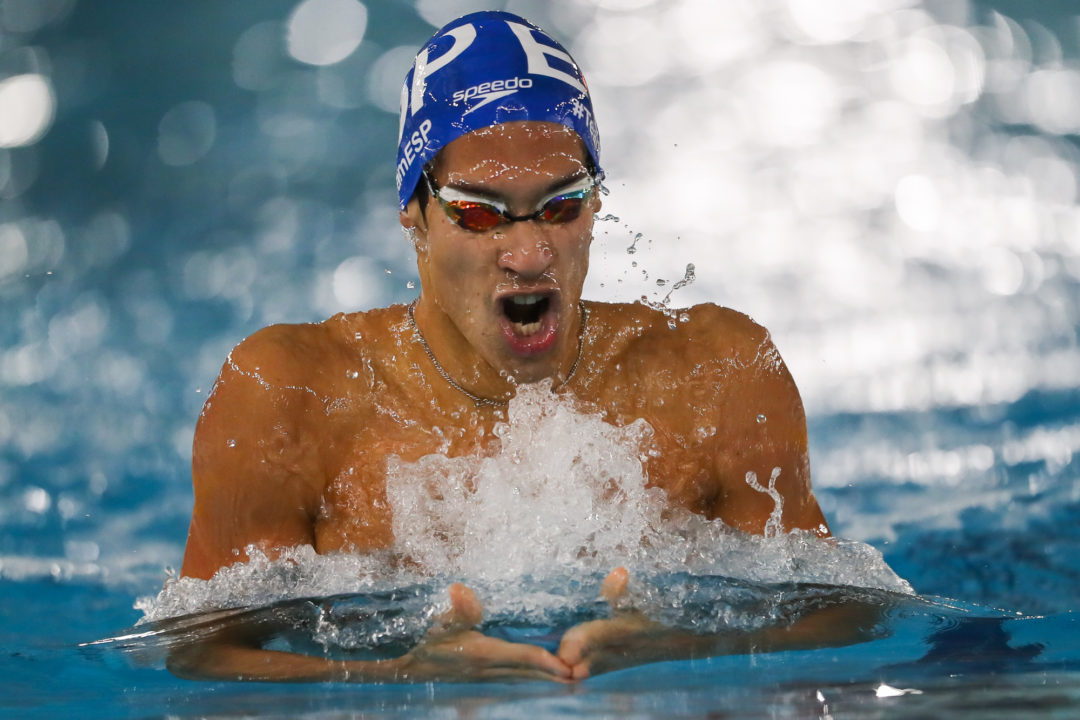 Cal has three of the four top seeds in the 200 back, even without Gonzalez, so he'll look to join Reece Whitley in the 200 breast A-final at NCAAs. Current photo via Iván Terrón for RFEN

Going along with the IM events, Cal’s Hugo Gonzalez will race the 200 breast for his third event at the 2021 NCAA Men’s Championships.

While Gonzalez is higher-ranked this season in the 200 back with his 1:39.18, which has him #4 in the country, Cal is already pretty loaded in that event. No Gonzalez in the 200 back is no problem for the Cal backstroke group– freshman Destin Lasco is seeded #2 on the psychs, with seniors Daniel Carr and Bryce Mefford seeded #3 and #4, respectively. Meanwhile, Bryce Mefford’s younger brother Colby Mefford, a sophomore, is seeded at #10, with another sophomore, Sebastian Somerset, holding #11.

In 2018, while at Auburn, Gonzalez stuck with both IM events and the 200 back at SECs and NCAAs. After resurfacing at Cal, Gonzalez raced both IMs and the 200 back at 2020 Pac-12s and 2021 Pac-12s. This will be his first major collegiate meet where he races the 200 breast prelims as scheduled, rather than time-trialing the event or swimming it in the prelims of a different event.