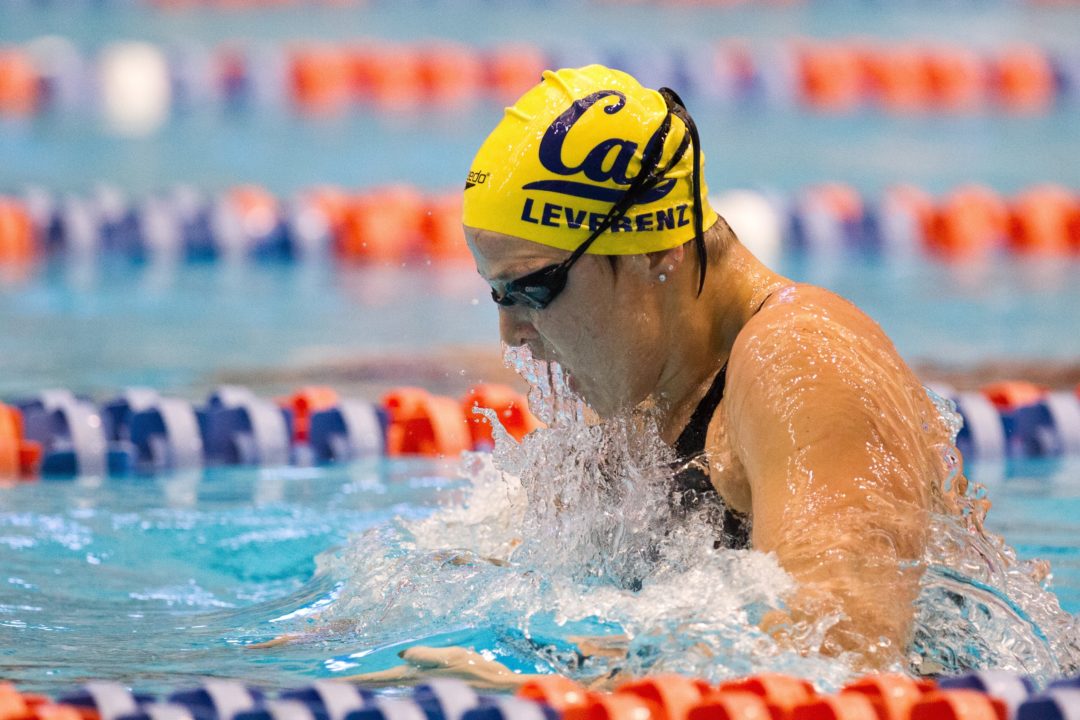 The Collegiate Women’s Sports Award program has honored Cal junior Caitlin Leverenz with the 2012 Honda Sports Award in swimming, which...

The Collegiate Women’s Sports Award program has honored Cal junior Caitlin Leverenz with the 2012 Honda Sports Award in swimming, which is an award that recognizes the top collegiate athletes annually in 12 women’s NCAA sports.

She topped other finalists Katinka Hosszu of USC (the defending honoree), Megan Romano of Georgia, and Breeja Larson of Texas A&M. All four would have been worthy recipients, as all four were NCAA Record breakers at the meet.

“What happened at the NCAAs this year is a testament to how hard I’ve worked and to the staff. There are a lot of good swimmers coming out of high schools, but coach Teri McKeever has what can make them great,” Leverenz said of her team’s performance at the Championship meet. “From the time I started at Cal, I told her I wanted to make the Olympic team, and she has held me to those standards.”

Leverenz will now be eligible for the Honda-Broderick Cup winner, which honors the top female college athlete across all 12 of the sports. Past winners of the prestigious honor from the swimming community include Tracy Caulkins, Mary T. Meagher, Jill Sterkel, Cristina Teuscher, and most recently Tara Kirk.

Ironically, as the women’s IM Records keep getting taken lower-and-lower, this is the third-straight year that an IM’er has won the award.