Breeja Larson vs. The Clock 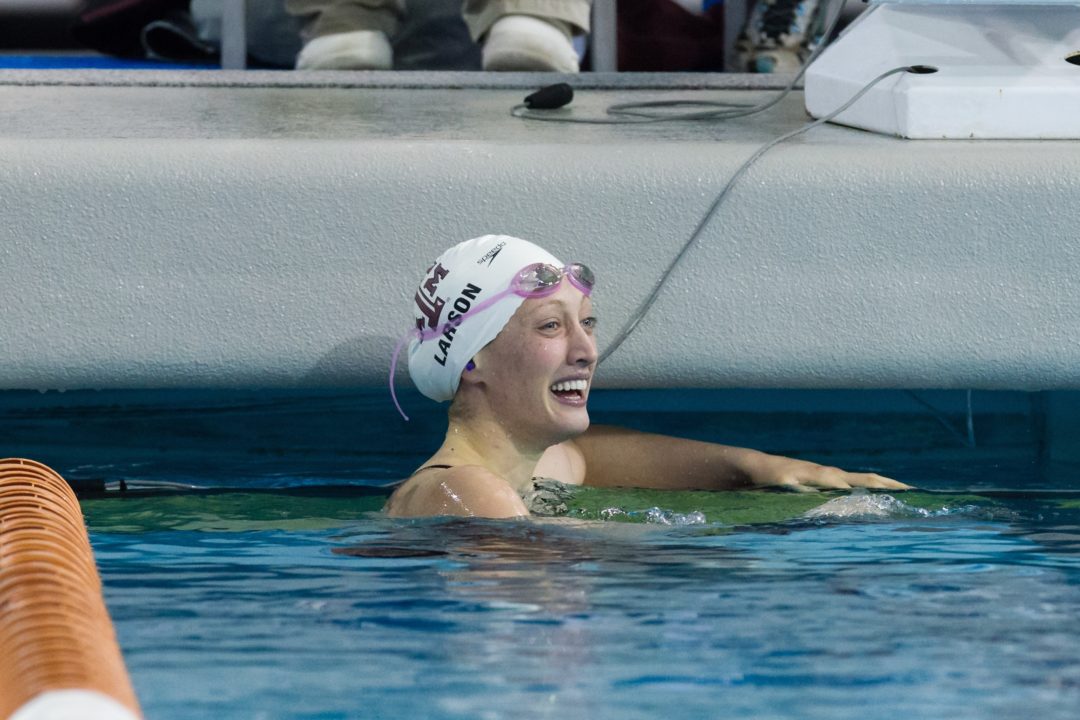 Going into NCAAs it looks like Breeja Larson's best race will be against the clock. (Photo Courtesy: Tim Binning/TheSwimPictures.com)

Breeja Larson is the most dominant swimmer in Women’s College Swimming. Coming off two finals in London, she’s broken the American Record in the 100 Breaststroke two times this season and the AR in the 200 Breast once. At A&M’s first SEC Conference Championships, the Aggie’s star junior won three events (100 and 200 Breast and 400 Medley Relay) and lead her team to a 2nd place finish in the overall team race.

In this interview with Garrett McCaffrey, Breeja talks about how SECs compared to Big 12s and how the intense environment helped prepare her and her teammates for NCAAs. She also talks about some of the obstacles she had to overcome as a swimmer and gets into some details about her stroke including a tip that all you young breaststrokers should hear.

How low will she go next week? This week’s SwimSwam poll of the week:

She is such a great role model for younger swimmers and a great representative for Texas A&M. It will be fun to see how she does at NCAA’s!