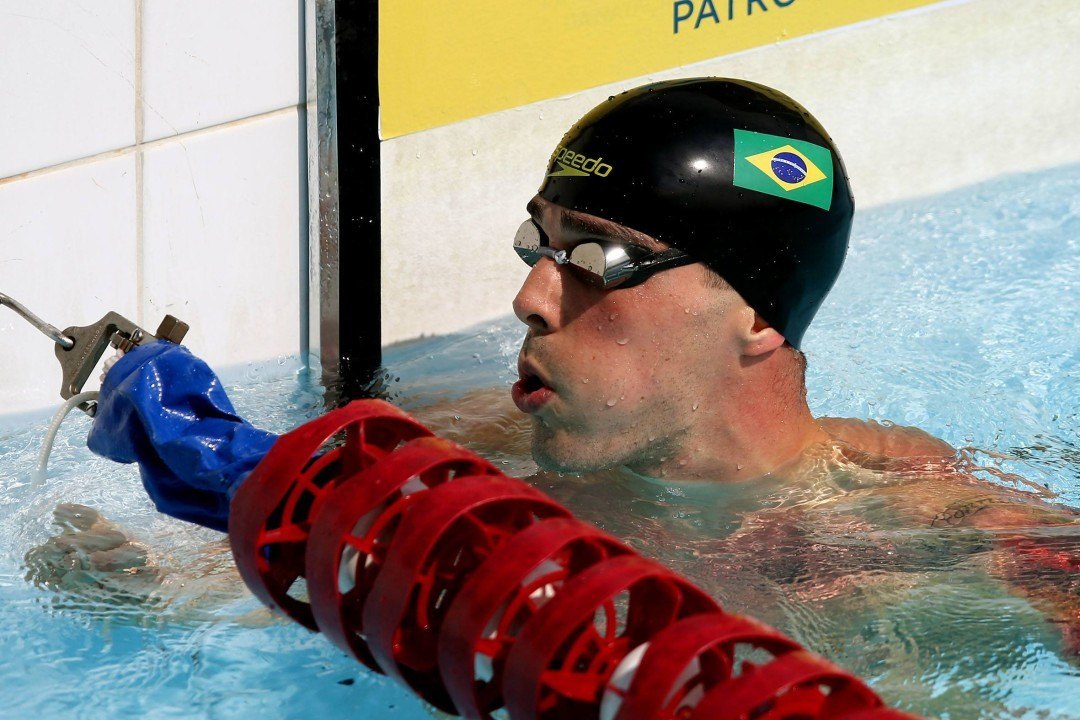 17 members of the Brazilian National Team will be competing at the Golden Tour in Marseille... Current photo via Satiro Sodre/SSPress

The Brazilian national team will be heading to Marseille to compete in the third leg of the FFN Golden Tour.

The team of 17 swimmers did not compete in Nice and will bypass this weekends stop in Amiens, but will racing in Marseille from March 6th-8th.

Last year the Brazilian team did not compete in the event because it conflicted with the South American Games which were being held in Santiago, Chile.

With this announcement it adds much more intrigue to the men’s sprint events which include Florent Manaudou, Cesar Cielo and Bruno Fratus the world’s three fastest men in 2014.

Manaudou and Fratus have already broken 22 seconds this year and are ranked number one and number two in the world.

The Brazilian team will include: