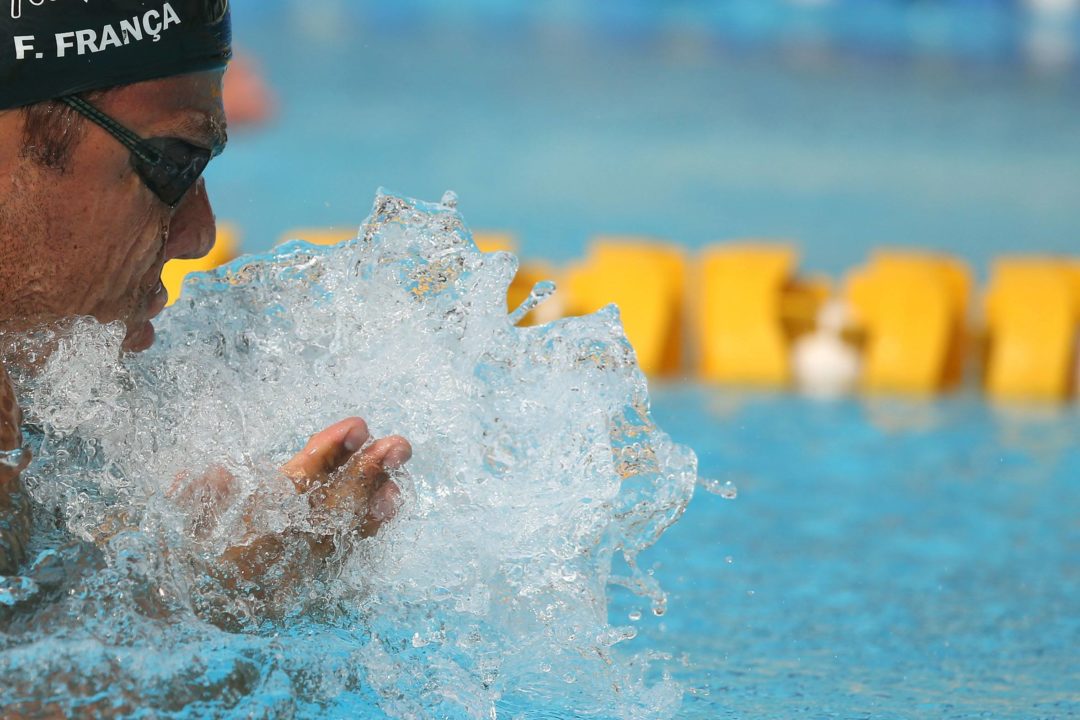 Brazil topped both the medal and point standings at the 2014 South American Swimming Championships... Current photo via Satiro Sodre/SSPress

The Brazilians walked away from the 2014 South American Swimming Championships, which concluded yesterday in Mar del Plata, Argentina, with a total of 51 medals, 22 of those being gold.

The host country of Argentina finished second in the medal standings with 12 gold, 16 silver and 15 bronze and second in points collecting 487.

Felipe Franca of Brazil took the El Senor de Sipan Award as the top male swimmer at the South American Swimming Championships. He was given the award based on his performance in the 50 breaststroke where he won the event posting a time of 27.82. Franca also took gold in the 100 and 200 breaststroke.

Samantha Arevalo of Ecuador was named the female swimmer of the meet for her performance in the women’s 800 freestyle where she took the event in a time of 8:36.39. She won the 400 and 1500 freestyle as well as the 400 IM.

On Sunday Arevalo closed out her outstanding competition by taking the women’s 1500 freestyle in a time of 16:23.30 sets a new Ecuadorian record in the event.

Her teammate Esteban Enderica Salgado also took gold in the 400 IM finishing in a time of 4:21.91, just missing his own national record of 4:21.46. Esteban Paz of Argentina finished well behind Salgado, but set a new Argentine record touching in a time of 4:27.64.

Other winners on the final evening of competition included;