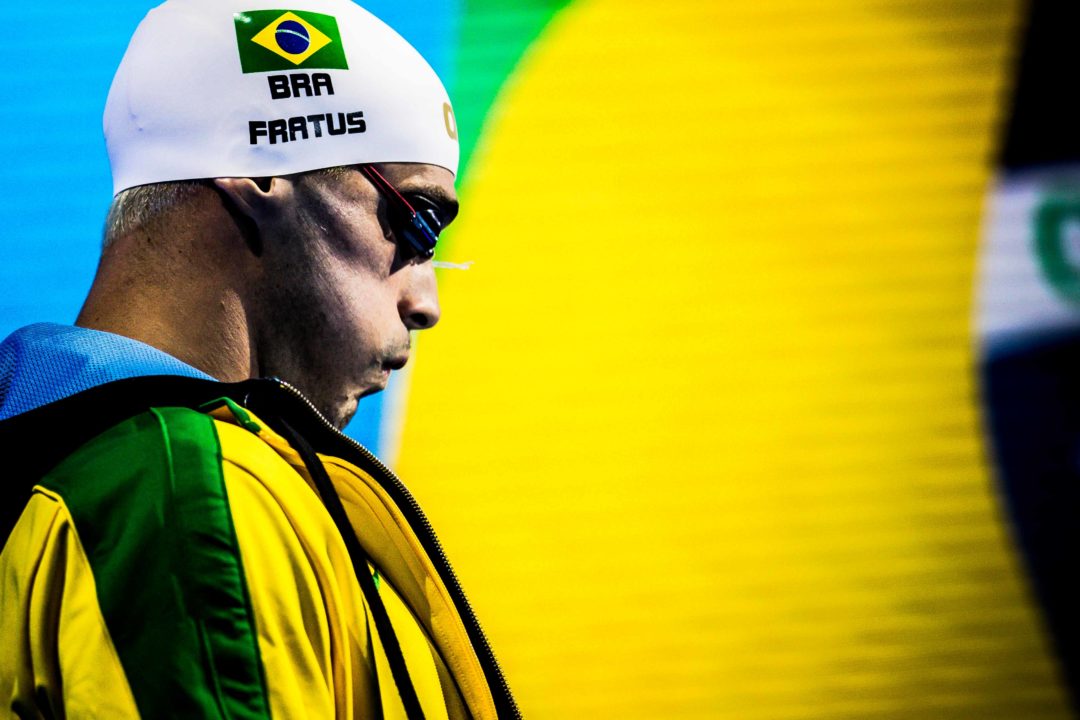 Bruno Fratus, who won a silver medal in the 50 free at the 2019 World Aquatics Championships, is Brazil's best hope at an Olympic medal in swimming in 2020. Archive photo via Jack Spitser/Spitser Photography

The Brazilian aquatic sports federation (CBDA) has announced the qualifying times for the country’s 2020 Olympic swimming trials as well as their Olympic selection procedure. The selection meet will be the Brazil Trophy at the Maria Lenk Aquatic Center from April 20th-25th. This is about 2 weeks closer to the start of the Olympic Games as compared to what Brazil used in 2016.

This will be a new look for Brazilian Olympic qualifying; in 2012, the country used a 7-meet qualifying system, and in 2016, there were 2 selection meets, with prelims and finals counting for qualifying.

Now, there will be just a single meet, with only times from finals counting toward Olympic qualifying. The country will use the FINA “A” qualifying time as their Olympic selection time as well. The CBDA has, however, allowed themselves some wiggle room for “special and extreme cases,” where they can select an athlete who does not hit the selection standard in finals, which would be used to save a potential medal contender who was ill, injured, or disqualified at the selection meet.

In 2016, Brazil sent 20 men and 9 women to the Tokyo Olympic Games, but they came away with no medals in pool swimming. Open water swimmer Poliana Okimoto was the country’s only representative on a podium in the aquatic disciplines. The country, which is in the midst of a financial and political turmoil in its aquatic sports federation, only sent 2 women to the 2019 World Aquatics Championships in swimming.