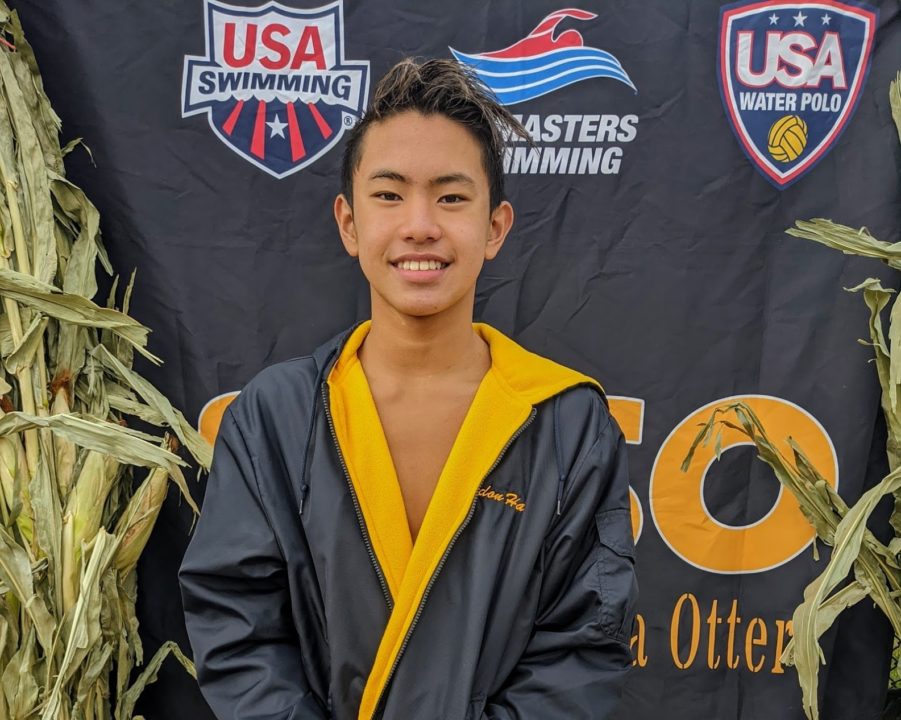 SASO Swimming has hosted a series of three dual meets this fall, welcoming the Almaden Riptide, Vallejo Aquatic Club, and finally Palo Alto Stanford Aquatics to the Cunningham Aquatics Center to race. The final meet of the series, held on Sunday, December 6th, was hosted in two sessions, with swimmers given the opportunity to race the same or different events during each session.

The meet was held during the USA Swimming 18 & Under Winter Championships period, so times for eligible swimmers will be included in those rankings.

The meet was highlighted by 12-year old Brandon Ha from the host team who moved into the USA Swimming’s Top-100 All-Time Age Group Rankings in three different races.

Ha’s most impressive performance came in the 100 fly. Entering the meet with a best time of 55.99 from March, Ha dropped over two and a half seconds to finish with a time of 53.45. This swim was good enough to make him the 15th fastest ever for the 11-12 age group. This ranking moves him past notable names such as Maxime Rooney and Ryan Murphy, who rank 35th and 36th, respectively.

The national age group record in the event was set this year by Thomas Heilman, who in January became the youngest swimmer to break 51.0 in the event, finishing in 50.82. He has since gone on to rank as the 3rd fastest 13-14-year-old swimmer ever in the event, touching the wall 48.04 just days ago.

He continued his impressive butterfly showing in the 200 fly, finishing in 2:01.35. This time made him the 25th fastest in the 11-12 age group history.

In his final entrance into the all-time rankings, Ha finished the 50 fly in 24.82. This ties him for the 46th fastest performance ever in the age group.