Blueseventy Swim of the Week: NC State on fire and Bilis fueling the flames 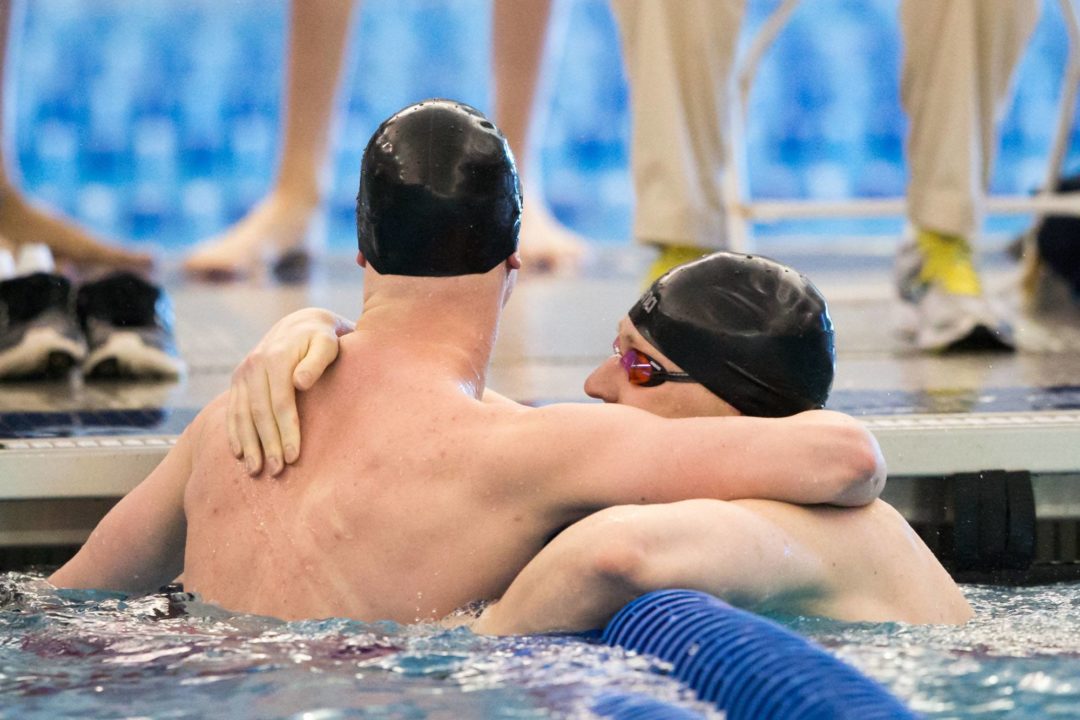 Simonas Bilis is unbeaten so far this season and grabbed control of the NCAA lead in the 200 free this past weekend. Archive photo via Tim Binning/TheSwimPictures.com

The North Carolina State Wolfpack are one of the hottest teams in the NCAA right now. The Wolfpack men have basically been on a roll since the beginning of 2014 – and they followed the basic storyline that so many teams on the rise do. NC State blasted off some huge times late last winter, weathered the constant criticism about “resting” and “peaking too early,” then showed up even better at the ACC Championships. Led by some studly relays, the Wolfpack jumped to the top of the NCAA ranks in several events, eventually parlaying that into the program’s best NCAA finish since 1979 – 13th place.

This team has been relay-driven, and perhaps the biggest contributor has been do-it-all freestyler Simonas Bilis. The junior has been dominant in the 50, 100 and 200 frees over the past year, and he’s a big reason why NC State has rolled its momentum right over into the new season.

Bilis had probably his biggest swim yet this week in NC State’s wins over Georgia Tech and Florida State. In the second individual event of the meet, Bilis crushed a 1:36.52 in the 200 free – a season-best for the Lithuanian as well as the fastest 200 free time in the entire NCAA this year.

He’s highly-ranked in all three of his major events. Bilis sits second in the 100 free with his 43.74 from two weekends ago, and is one of just 6 men in the nation to break 20 seconds in the 50 free so far this season.

Bilis won four events against Georgia Tech and Florida State – he went on to win the 50 and 100 frees, but saved his best swim for last. Anchoring the NC State 400 free relay, Bilis split 43.04, helping the Wolfpack move to second in the nation as a relay team with a 2:55.97.

That makes this the second-straight week that Bilis has gone 4-for-4 in wins, since he won the same four events in the team’s huge upset of Georgia. In fact, by our count, Bilis is undefeated in intercollegiate competition this year, having won 5 times in 5 swims at the All-North Carolina Invite to open the season.

There’s a long season yet to go, of course, and undefeated regular seasons mean much less than dominant post-seasons. But right now, the production NC State has been getting from Bilis is top-notch, and bodes very well for the future.

In fact, Bilis as a swimmer is a lot like NC State as a program: a red-hot swimmer – and team – that could be in line to make some major waves come championship meet season.