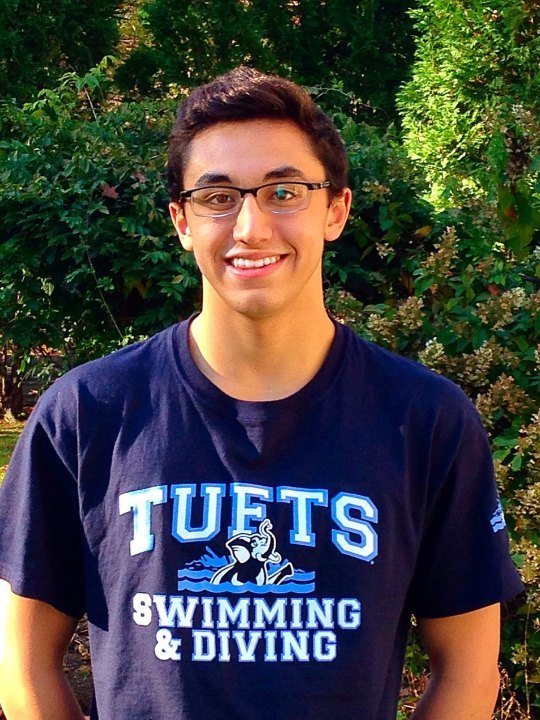 Brandon Jinn, a swimmer for the Greenwood Memorial Swim Club in Gardner, MA has committed to swimming at Tufts University in the coming 2015-16 season.

Jinn plans on taking a pre-med track at Tufts. He was named as a 2013-14 Swimming Scholastic All American in September. The award is given for those swimmers boasting a minimum 3.5 GPA for the current academic year in addition to having posted times that are the equivalent or faster of the 2011 Junior National bonus time standards.

Jinn is a fairly versatile swimmer who is still exploring his potential. From the USA times database, his top three events in terms of power points are the 1500 M freestyle, 1000 Y freestyle and 200 M freestyle. He also has a fairly strong 200 Y backstroke and 100 M freestyle. Jinn’s freestyle versatility will hopefully help make him a valuable competitor for the Jumbos.

Congrats Brandon! Your dad and I are so very proud of you! Study hard, swim fast, and enjoy the college ride. Go Jumbos!!

Congratulations Brandon! So proud of you! Go Jumbos!!!