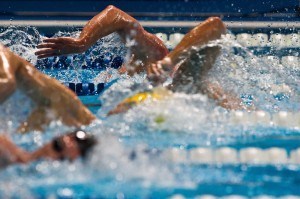 It proved a fairytale finish to the State New Zealand Swimming Championships in Auckland tonight, when the women’s 4x100m freestyle relay team bettered the Commonwealth Games standard in the final event…. 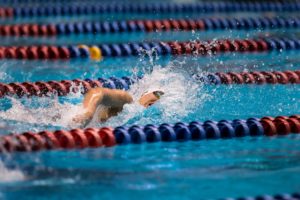 Texas A&M’s Lili Ibanez swam, and won, her first 500 free of the season on Thursday. 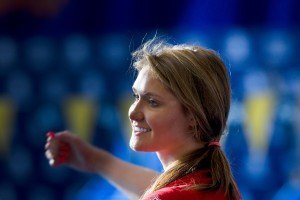 Meanwhile, Cal’s Liz Pelton, fresh off of an American Record in the 200 back, time-trial’ed a solid 100 backstroke in Federal Way. (Photo Courtesy: Tim Binning/TheSwimPictures.com)

The powerful Breeja Larson, Olympian and NCAA Champion, will lead the Aggies into a new season. (Photo Courtesy: ©Tim Binning/TheSwimPictures.com)

Ellen Quirke
Ellen Quirke is a talented swimmer originally from Wellington, New Zealand. After graduating from Wellington East High School in New Zealand, Quirke chose to swim for Texas A&M. She’s a freestyle and butterfly specialist, and she chose to be an Aggie because of the university’s athletic and academic reputation. Quirke began swimming by the age of 10, and she was the first letterwinner at Texas A&M whose last name began with the letter, Q. Quirke has represented New Zealand internationally for the past seven years, but she announced her retirement from swimming in March 2015. Apparently Quirke had been bound with injuries, but she still managed to hit NCAA ‘B’ cuts in each season of her collegiate career. Quirke is studying Kinesiology, and she has one brother, Ryan.

Texas A&M
2011-2012
As a freshman Quirke posted NCAA ‘B’ cut in the 100 freestyle, and she was ranked among the top three fastest swimmers on the team in the 200 freestyle.

2012-2013
During Quirke’s second season she exchanged the 100 butterfly in favor of the 500 freestyle, putting an emphasis on the mid-distance events.