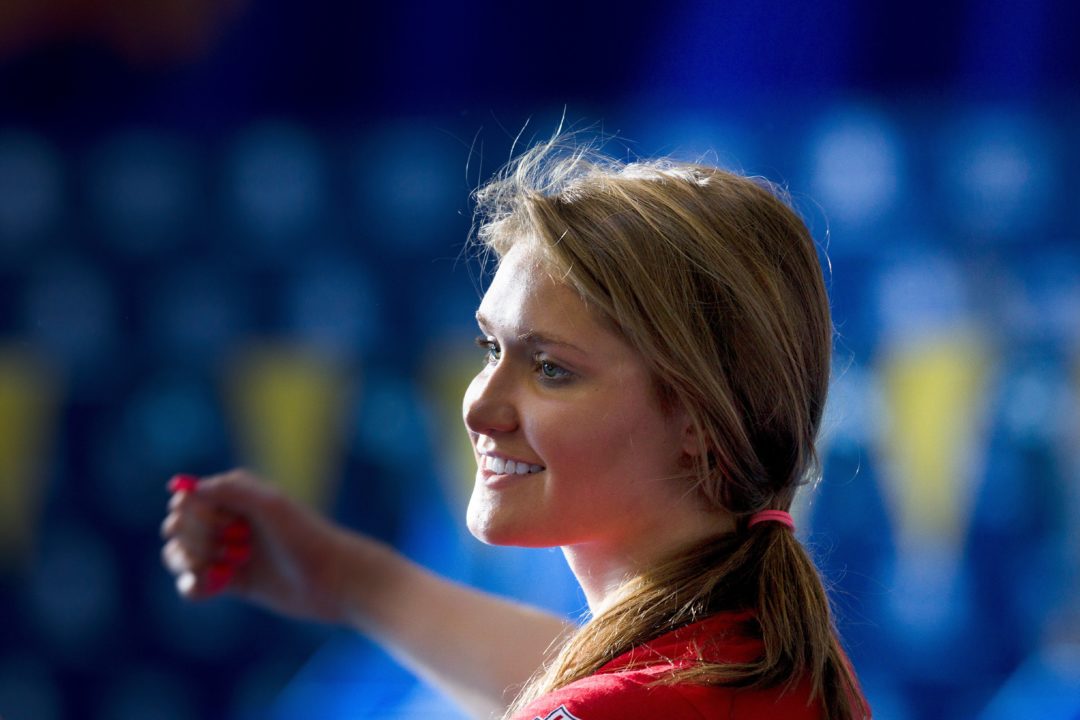 Meanwhile, Cal's Liz Pelton, fresh off of an American Record in the 200 back, time-trial'ed a solid 100 backstroke in Federal Way. (Photo Courtesy: Tim Binning/TheSwimPictures.com)

Every year in the NCAA, there are a handful of “last chance” meets around the country, usually after the conference championships. These meets are used by coaches for last-minute qualifications for NCAA’s when times aren’t earned as expected at those conference meets, or if a coach simply wants to get in a few last swims for certain swimmers.

Often times, swimmers don’t drop any times at these meets. Sometimes, however, those last few days of taper, or a better start, or the lower pressure results in some really impressive times. Here, we’ll highlight some of those times from this weekend.

Most of the last chance meets this weekend were women’s events, specifically in Austin, Texas; Athens, Georgia; and Columbus, Ohio. The Ivies also got a few last good swims in back at Harvard at the ECAC Championships.

Here, we’ll highlight those times that could significantly impact NCAA scoring, NCAA qualifying, or are simply eye-catching results. This was the last day for women’s NCAA qualifying times to be put up, though the men have another week.

Full Texas Last Chance Invite results here; not many best times in this one.