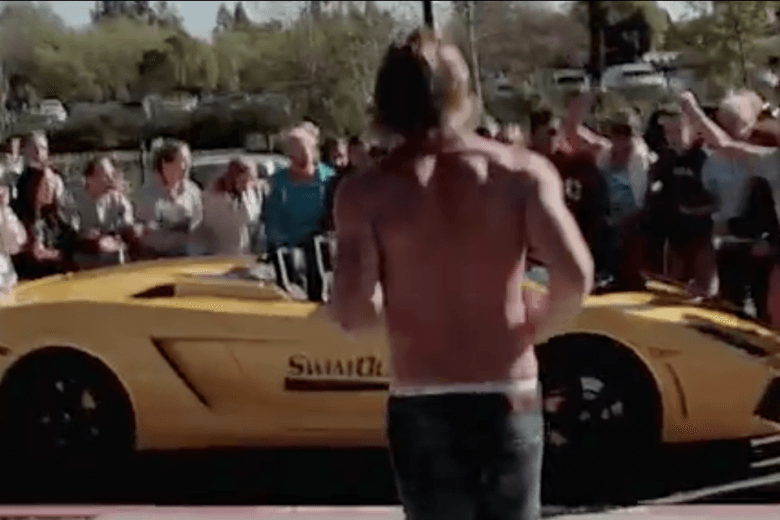 Tony Azevedo, aka The Savior, is USA Water Polo’s National Team Captain and star player, and it seems he is...

Tony Azevedo, aka The Savior, is USA Water Polo’s National Team Captain and star player, and it seems he is everywhere media-wise; on ESPN, NBC Today, Men’s Health.  With three Olympic Games under his belt–scoring 13 goals in Sydney, 15 goals in Athens, netting a silver medal in Beijing–Tony’s gunning for gold in London, a goal many water polo analysts feel is impossible.

We know Tony. He’s a good guy, easy-going, clear-headed, and a monster of a competitor. If there’s a shred of hope for golden hardware this summer, Tony will find a way.

As for the trick shot video…kudos on the Lamborghini, courtesy of SwimOutlet.com. Tony’s been a tireless ambassador for his sport in the United States, and so long as he keeps pumping out this kind of media, water polo will surely continue to grow it’s base.

Swimoutlet seems to have enough budget to get a Lamborghini …..MMMMM

Haha, what a fun video! Fake or not, great for the sport. I hope more people see it

There’s no way that was real… It must have taken a million attempts.