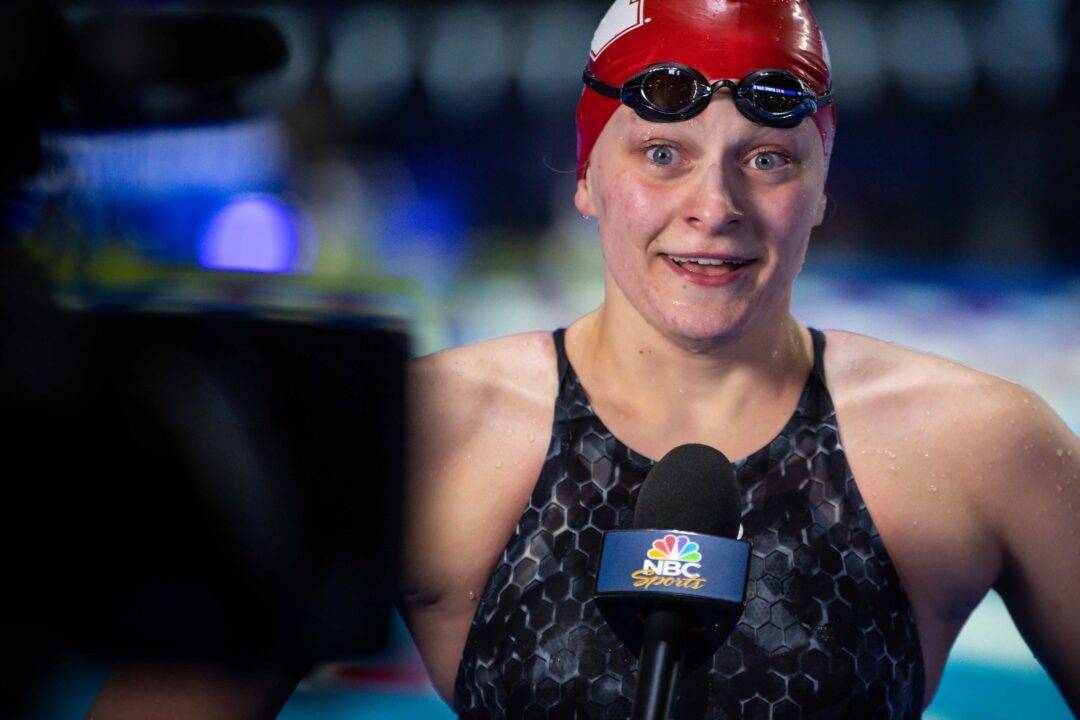 After swimming her first best time in the 100 back in more than 5 years on Friday, Autumn Haebig will race as the top seed in the 200 free on Saturday. Current photo via Jack Spitser/Spitser Photography

There are only a handful of scratches on second day of Wave I at the 2021 U.S. Olympic Swimming Trials.

The day’s racing will include 3 individual events for each gender: the 200 free, 100 breaststroke, and 400 IM. The 100 breaststrokes have the second-biggest fields, behind only the 50 freestyles, of the Wave I meet, with 52 women and 85 men scheduled to race on Saturday morning.

In the women’s 100 breaststroke, the 35th seed Carly Cummings of Auburn and the 38th seed Annika McEnroe of Y Spartaquatics in South Carolina have both dropped out. Each swimmer has multiple other races at the meet this week where they are much higher seeds and have a much better chance of advancing to Wave II.

Neither woman swam a regular entry on Friday, though McEnroe did swim a 2:19 time trial in the 200 IM.

Races to Watch on Saturday

There are two big highlights to look for on Saturday. One comes in the form of Nebraska All-American Autumn Haebig, who was a senior last season for the Cornhuskers. She swam, and won, the 100 backstroke in a time of 1:01.23 on Friday to advance to the Wave II meet. Along with a 1:01.58 in prelims, that was her first best time since swimming a 1:01.71 at NCSAs in 2016 as a senior in high school.

As a swimmer qualified to Wave II, she has the luxury to pack it in if she wants – she’s now eligible to swim any races in which she has a Wave I cut in just over a week – but she has held her entry in the 200 free.

She’s the top seed in that 200 free in 2:00.55, which is a time she swam in 2019. With the momentum of her performances from Friday, she actually has a legitimate shot at emerging from the Wave I meet and advancing to maybe a semi-final at the Wave II meet.

The other highlight is the lone swim of the meet from the youngest 2021 Olympic Trials qualifier Kayla Han in the 400 IM. The 13-year old from La Mirada Armada in California is the 13th seed in that race after scratches. Less than a week ago, Han hit her qualifying standard at the buzzer, in the process breaking the 11-12 National Age Group Record previously held by Elizabeth Beisel. That was one of three National Age Group Records she swam at that meet, though it was the only one that hit a Trials standard.

She has turned 13 since that swim.