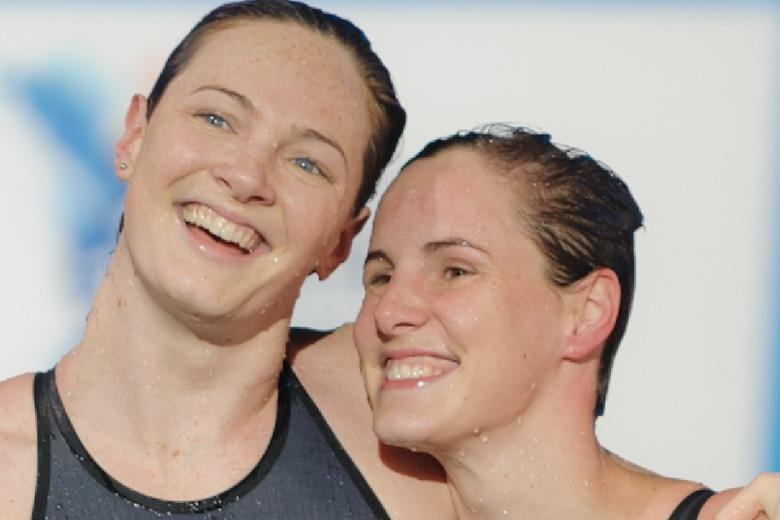 Cate and Bronte Campbell brought the Australians home to a new World Record in the mixed 200 meter free relay in Tokyo's prelims on Sunday. Archive photo via Victor Puig

The Australians have broken the 200 short course meters mixed free relay in prelims at the 2013 FINA World Cup stop in Tokyo with a 1:31.13. That beats the 1:32.52 that Japan swam at the Dubai stop of this series on October 18th.

It still, however, is not the fastest we’ve ever seen, nor is it even the fastest of this year’s World Cup. That honor would go to the Australian relay in Eindhoven, the meet’s first stop, which came just after the World Championships. That race was about 5 weeks before FINA officially began recognizing World Records in the event, but the latest group doesn’t even have bragging rights within their own country.

What’s really scary is to think about the relay that Australia could put together int his race. With Magnussen, Abood, McKeon, and Cate Campbell, and a lot of depth to swap out with any of those places, the Aussies would have to be the favorite to win this event at the 2014 Short Course World Championships, if they send a relay, which would be the first opportunity to take a World title in the mixed relays.

This was a turn of fortune, after the Singapore stop surprisingly didn’t see this World Record go down. Australia had largely the same swimmers at that meet as they did at this one, but the relays were more fragmented and not as well-focused as they were on Sunday morning.

Editor’s quip: perhaps the fantastic morning swims, which were actually seen in a good number of races on Sunday, were the result of the raucous wakeup call the swimmers got from a 7:30 AM earthquake in Tokyo.

That all-time best is significantly faster than the new world record. Still I cannot understand how they don’t recognize those earlier times which were made under proven conditions for sure.