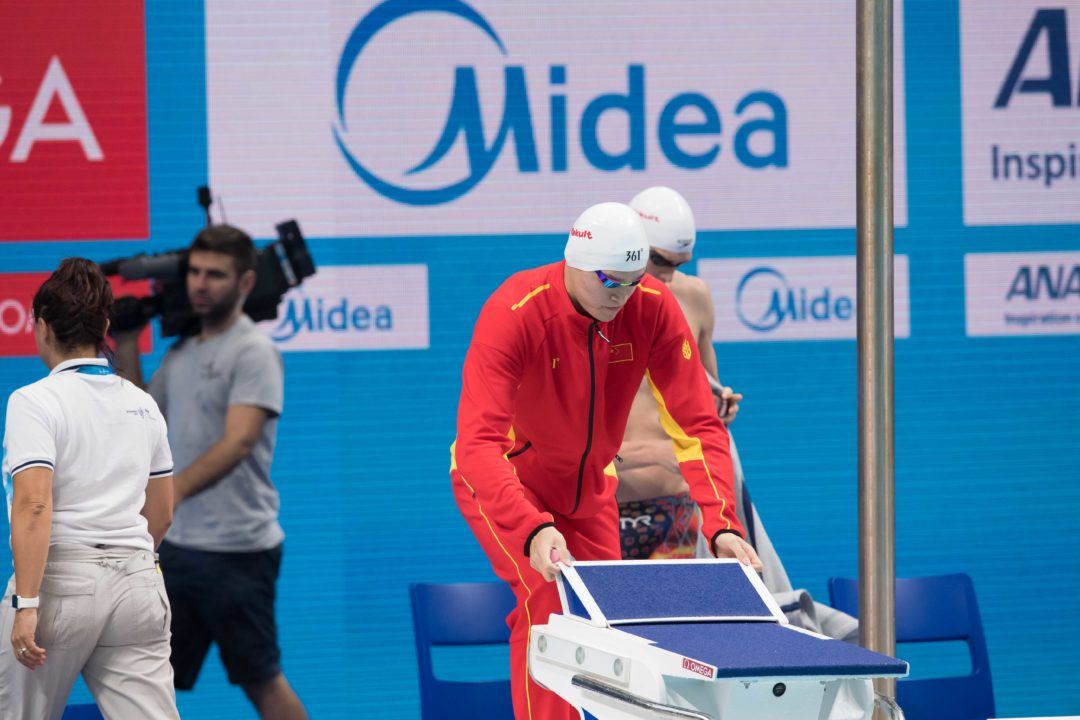 Tonight's win was historic for Sun as it makes him the solo 3rd most decorated performer ever in terms of World Championships gold medals, breaking the former tie he shared with Aaron Perisol (7) and Grant Hackett (7). Current photo via Mike Lewis/Ola Vista Photography

Sun Yang‘s victory in tonight’s 400 free was a redeeming point for him after he lost the event to Australia’s Mack Horton last summer. On day 1 in Budapest, he took off and never looked back in the final, leading from start to finish with a dominant 3:41.38. Horton was over a body length back in 3:43.85 for silver.

Tonight’s win was historic for Sun as it makes him the solo 3rd most decorated performer ever in terms of men’s World Championships gold medals, breaking the former tie he shared with Aaron Peirsol (7) and Grant Hackett (7). His 400 free victory gave him his 8th career World Championships title.

There were only a handful of events tonight in which the finals round was contested, so there isn’t much to put on the medal table right now. The only other Asian medalist tonight was China’s Li Bingjie, who put up a 4:03.25 to take bronze in the women’s 400 free final. That means China is the only Asian country to medal through day 1 finals.