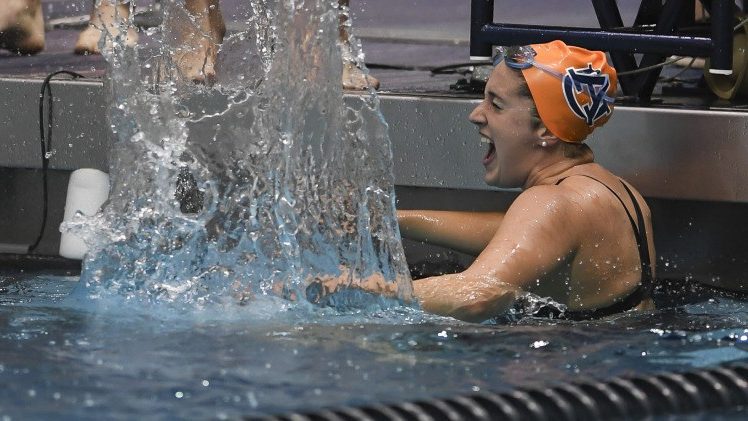 The post-graduate group at the Indiana University is growing. The latest additions are 2017 SEC Champion Ashley Neidigh, who came after the World Championship Trials, and former Pan Am medalist Amanda Kendall, who came with Coley Stickels – her former coach who was recently hired as the program’s new associate head coach.

Besides those two, that group includes Zane Grothe, Cody Miller, and Egyptian Marwan El-Kamash. The latter three are all in Budapest preparing to race at the World Championships that start on Sunday.

Neidigh and Kendall, however, are at the Indiana LSC Senior Champs, and both swam on Thursday.

Neidigh then came back in finals and won the 800 free in 8:41.21, which broke Stephanie Marchuk’s Meet Record of 8:44.57 by 3 seconds. That time is the second-fastest of Neidigh’s career, just a second behind her swim from Worlds Trials in June.

Might just want to reword the “University of Indiana” to be Indiana University…otherwise, Go Hoosiers! Glad to see the more people going to train with that group.

How about “An Indiana University”?

Never heard of her.