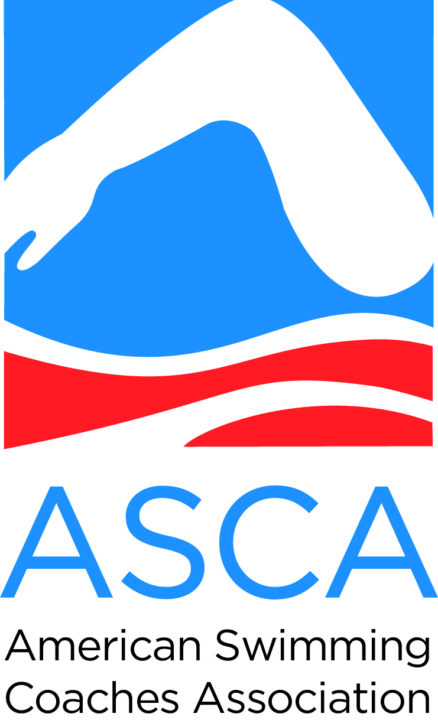 The ASCA has issued a statement asking the NCAA to review and update its rules on transgender athletes' participation in women's swimming.

The American Swimming Coaches Association (ASCA) issued a statement today calling for the NCAA “and all governing bodies” to review and update their rules about the participation of transgender student-athletes, specifically in women’s swimming.

The ASCA asked for “science and evidenced-based [sic] research” to be used in setting new rules. The coaches association noted that “The current NCAA policy regarding when transgender females can compete in the women’s category can be unfair to cisgender females and needs to be reviewed and changed in a transparent manner.”

The NCAA Board of Governors had already announced its intention to discuss its transgender participation policy at its meeting on Thursday, January 20, and that it would issue a statement shortly thereafter.

The issue of transgender athletes in women’s swimming, in particular, has come to the forefront in recent months, with Penn swimmer Lia Thomas gaining international media attention for her record-breaking swims this fall. Thomas, who swam for the Quakers’ men’s team for three years before her transition, has the nation’s top times in the 200 free (1:41.93) and 500 free (4:34.06) and is ranked sixth in the 1650 free (15:59.71).

The ASCA represents a broad spectrum of swimming coaches in the United States, not just college coaches. The organization is not typically involved in legislating the sport at the collegiate level; its activities are more centered around certification and education for its 11,000 members. Another organization, the College Swimming Coaches Association of America (CSCAA), represents some 2,000 member coaches and assistant coaches and advocates for the welfare of intercollegiate swimming and diving at all divisions of the NCAA, the NAIA, and the junior college associations.

As of this writing, neither the CSCAA nor USA Swimming, the governing body for the sport of swimming in the United States, have formally addressed the subject. USA Swimming CEO Tim Hinchey said last month that Lia Thomas was not a member at the time.

The ASCA’s full statement can be found below:

“The American Swimming Coaches Association urges the NCAA and all governing bodies to work quickly to update their policies and rules to maintain fair competition in the women’s category of swimming. ASCA supports following all available science and evidenced-based research in setting the new policies, and we strongly advocate for more research to be conducted.

“ASCA embraces and encourages diversity and believes all people should have the opportunity to participate in swimming. Transgender people belong in our sport and have every right to compete, and at the same time cisgender females have a right to a category of competition that is fair and meaningful.

“The current NCAA policy regarding when transgender females can compete in the women’s category can be unfair to cisgender females and needs to be reviewed and changed in a transparent manner.

“The discrimination and disrespect that has erupted as a result of this conversation has no place in our sport or in society. We strongly reject the criticism of the athletes and coaches who are merely following the rules.”

The ASCA seems to offer no specific criticisms of the policy or even to really engage with the policy at all. If they believe the current policy is unfair to cisgender females they should lead with their evidence for this claim and provide recommendations to correct that.

Are you saying that Woody Allen has an unfair advantage over Serena Williams?…maybe we can get Larry King to beat her sister Venus. I mean this penis has such an unfair advantage. In civilized countries like Denmark their prisons are run like the outside world to help better prepare the inmate for release back into society. This includes co/ed prisons where men and women are expected to get along just like in the real world, this teaches respect. They live together, work together, even cook their own food together with real knives. After a confirmed 30 days of dating they can even have a relationship including sex. Denmark has a new children’s cartoon entitled John Dillermand…about a man with a… Read more »

Wow this was quite the roller coaster

Not sure what I just read, but a strong case here comparing an 86 movie director to a 40 year old lifelong pro tennis player and then tying it in with Denmark’s prison system. Clearly a litigator.

Denmark is also planning to translocate some prisoners to Albania to better suit their particilar social outlook.

Don’t really want to get into this but the solution is in the response:
“… transgender females can compete in the women’s category …”

We already categorize top performances by age groups (youth and masters), genders, schools, divisions, conferences, national and international times. The school, conference, and NCAA solution should be: “Congrats to __ for establishing the records in the transgender women category. This is an amazing accomplishment. These records will be posted on [school, conference, NCAA] record books.”

If that is the case, how long until another category is invented?

Late to to discussion but okay.

Interesting that USA Swimming and Tim Hinchey have chosen to simply say the individual is not currently a member of the organization. As the NGB of the sport, you would hope leadership would want to be proactive rather than reactive regardless of how they set their rules and standards for this situation.

USA Swimming’s only standard, regardless of how big or small the issue, is “How will this affect us from a PR standpoint?”.

They have concluded that it is in their best interest as an organization to not deal with this particular issue until they are forced to. This sort of fence-sitting is, sadly, all anyone can expect from them.

Ultimately FINA will decide this issue and it will filter downwards from there.

I believe in FAIR PLAY and allowing LT to swim against biologically born females IS NOT fair play. LT is not female and never will be. She can wear whatever clothing she wants to, that’s okay with me. It’s all about common sense, nothing more.