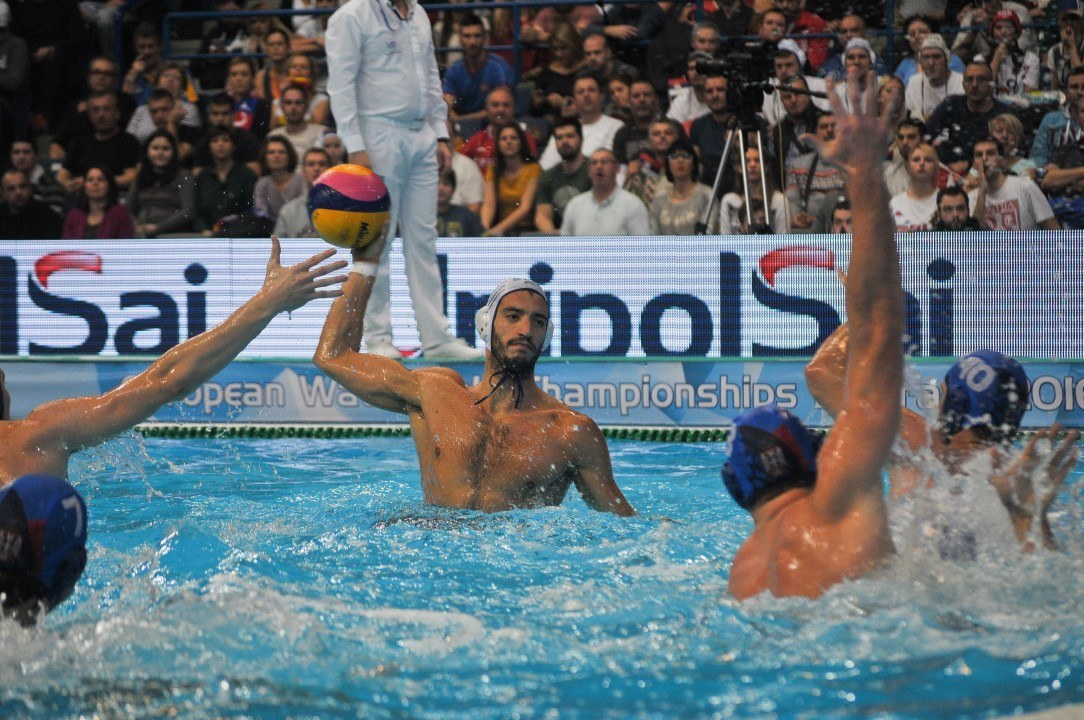 The advance of the home team Serbians to the finals of the European Championship already increased demand for tickets; sales exploded when their neighbors, friends, and rivals from Montenegro pushed through to join them. Current photo via Serbia 2016

Plans were already on the table of transforming the set-up in the Kombank Arena and opening the closed stands for the public. Now LEN and the Organising Committee announced that the huge black curtain dividing the competition pool and the warm-up area is going to be removed, and almost the entire seating capacity will be available for the water polo fans.

“We ran through all details, updated our security plans and we are ready to welcome 16,000 fans to the Arena” LOC Executive Director Darko Udovicic said. He added, that the teams’ preparations in the warm-up pool wouldn’t be affected.

Lower rows behind the stage with limited or no visibility will not be opened, still, approximately 16,000 fans could cheer from the stands. This turn-out would mean a milestone in European water polo history: till date the final of the Sydney Olympic Games is ranked as the highest attended match ever with 17,000 spectators – Belgrade is ready to close up to this world record on Saturday.