Aquatic Super Series Mayhem: Allison Schmitt Is Out, Melanie Margalis Is In For Team USA 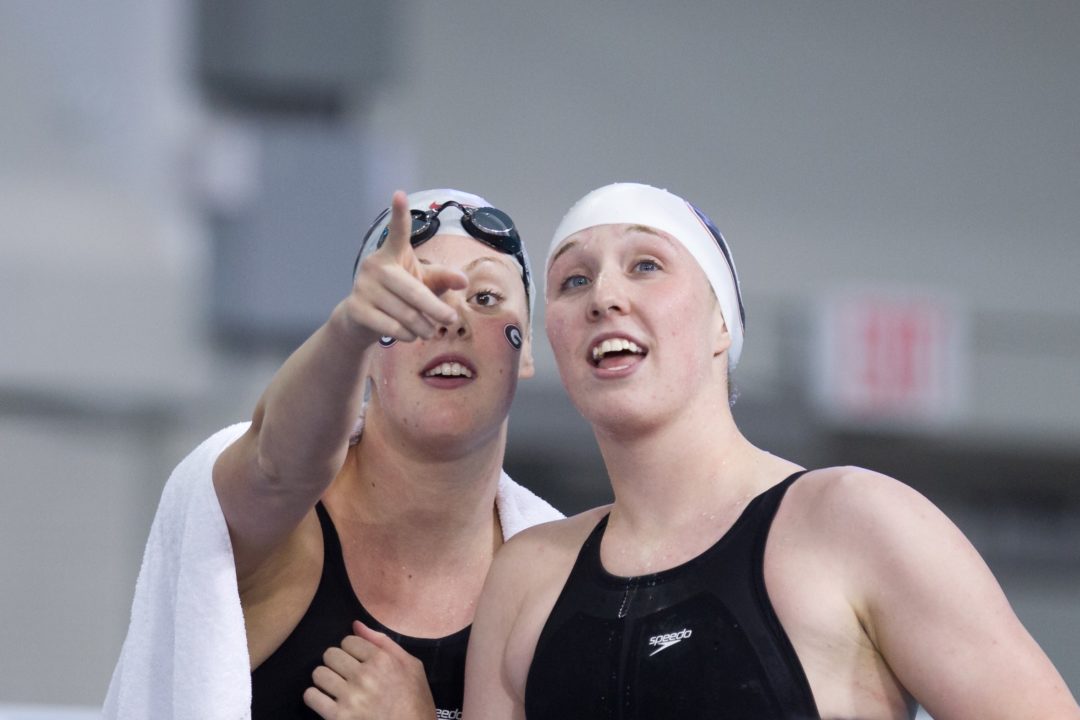 Freestyle specialist Allison Schmitt has been replaced by Melanie Margalis in the most recent version of the start lists for the BHP Billiton Aquatic Super Series in Perth, Australia. Archive photo via Tim Binning/TheSwimPictures.com

The start lists for the BHP Billiton Aquatic Super Series in Perth, Australia were updated, revealing an interesting switch for the American Team. Earlier today, we announced that Elizabeth Beisel would be pulling out the meet due to a minor groin strain. She is not the only US Swimmer no longer on the roster, however.

Click here to view the most recent start lists.

Freestyle specialist Allison Schmitt has been replaced by Melanie Margalis in the most recent version of the start lists. Schmitt was the top seed in the women’s 200 and 400 freestyles. Margalis is now entered in the 200 freestyle, 200 IM, 200 backstroke, 200 breaststroke, and the 400 IM. She will have a big hole to fill in the roster with Beisel and Schmitt not racing.

Team USA still has the same number of entires as a team, but a few things were shifted around. Margalis is entered in all of Beisel’s original events. She is also replacing Schmitt in the 200 freestyle. Schmitt’s other entry was the 400 freestyle, but it appears the coaches are leaving their second spot open in that event. Becca Mann is now the only swimmer entered in the 400 freestyle.

Margalis now has the biggest line-up of any female swimmer for Team USA with her five vents. The only other swimmer with five events for the Americans is Ryan Lochte (100 back, 200 back, 200 IM, 200 Free, and 100 fly).

The updated Team USA roster is below:

Anyway I wondered what Allison Schmitt did in that roster.
Unfortunately she’s far from the high level right now.
2.01 and 4.22 in Austin 2 weeks ago.
Will we see again one day the real Allison Schmitt back in action? That’s a big question.

or IF we will ever see her back on top of her game?! not sure the passion is there anymore unfortunately!

Even Though Allison Isn’t Swimming Bery Well Right Now It’s Okay Because As We Saw Leading Up To London She’s Not Very Good In-Season And That Just May Be Because NBAC Does Some Hard Training. I Think By Next June She’ll Be Ready To Go And Might Be Able To Make The Rio Team On At Least The 4×200 Relay

I sure hope you’re right, Nate!