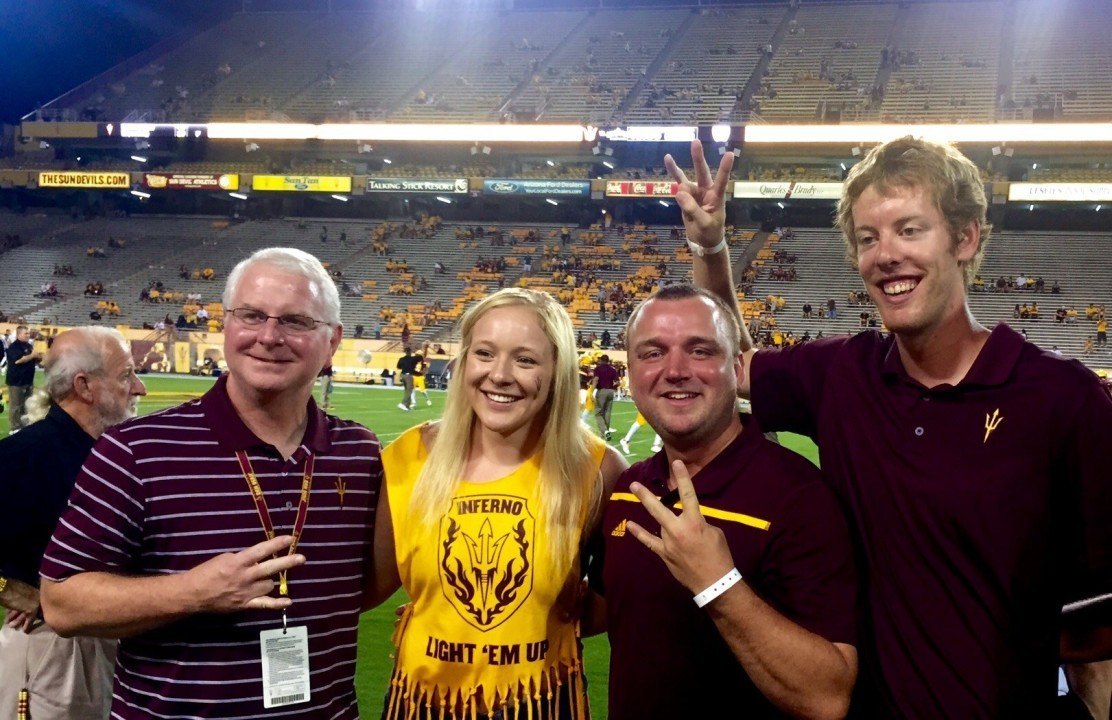 Middle-distance freestyler Andi Johnston from the Fort Collins Area Swim Team has verbally committed to the Arizona State Sun Devils, a triumphant return to the water after injury nearly ended her career.

“I chose Arizona State because it is a chance of a life time to swim for the best coach in the world. I have heard nothing but great things! I think this is going to be a huge turn around for ASU, especially in swimming,” Johnston said. “I am so excited to see what type of philosophies the new coaching staff will bring to ASU and I am looking forward to being apart of a great, new, and changing culture!”

Johnston is primarily a freestyler, though she’s shown backstroke potential as well, and will make a good depth piece for Bowman as he begins to build the Arizona State program in his vision during his first recruiting season there.

Seven months ago, at the conclusion of the March Sectionals meet in Federal Way, Washington, Johnston underwent knee surgery. This came as a significant blow after having the best short course season of her life that included her first USA Swimming national-level cut of any kind (a Winter Juniors cut in the 200 free).

“I had surgery on my knee about 7 months ago, they were unsure of a full recovery, but I ended up fully returning to everything,” Johnston said. “So having to go through that, and having the opportunity to be a Sun Devil is unreal and so exciting.”

The result was that she basically lost the summer (though she did get back in for a long course meet in July – and swam fairly well under the circumstances). Now, back into the short course season, Johnston will look to not only prove the health of her knee, but to continue to build upon the success that she had as a junior.

Derek Schmitt is a graduate assistant for the ASU swim team.

So excited to have Andi coming to ASU

Gee, i wonder how Allison’s brother landed that job?