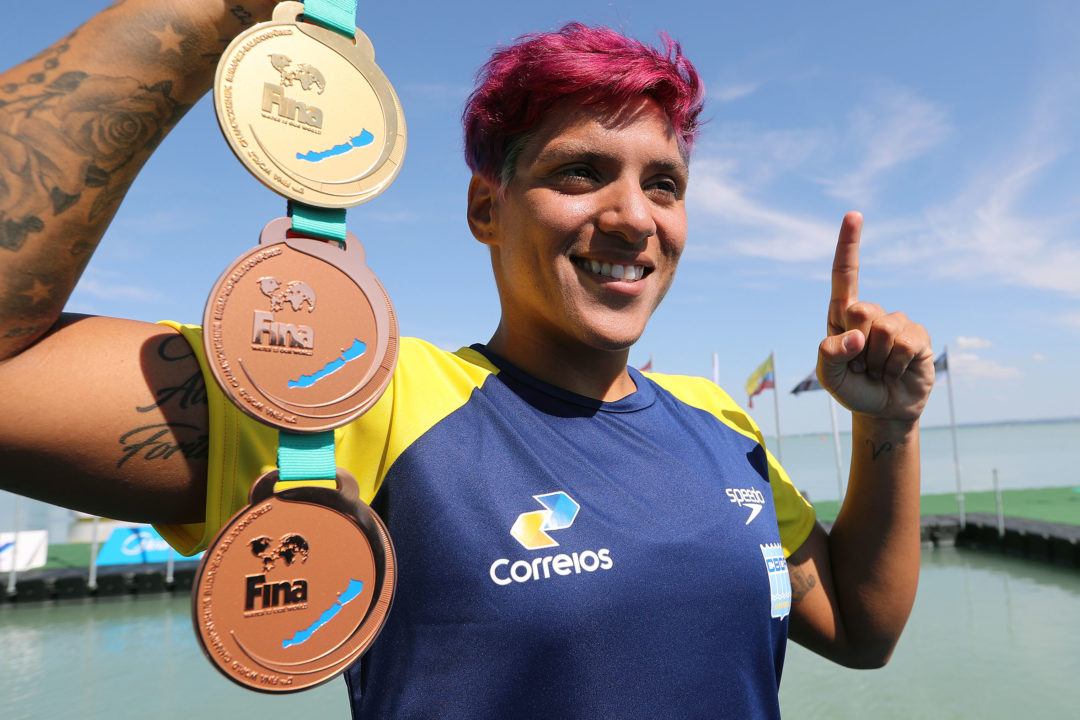 Cunha is one of 3 women named finalists by the Brazilian Olympic Committee for Brazil's Athlete of the Year. Archive photo via Satiro Sodre/SS Press

Although it didn’t involve logging a record, 17-year-old Sam Short still made history in the men’s 1500m free that took place in today’s timed finals in QLD.

Kennedy, who’s known for her short yardage at practice and meets, goes into why a combination of in-water and out-of-water workouts work best for her

After winning her 4th FINA Open Water World Cup tour, Ana Marcela Cunha has been nominated for the Brazil Olympic Award, an annual honor given by the Brazilian Olympic Committee (COB).

Cunha is one of 3 nominees for the women’s award, joining canoeist Ana Stiloa and soccer player Marta.

The 26-year old is a 3-time World Champion in open water. In 2018, she won two stages of the Open Water World Cup, in Balatonfured, Hungary, and St. Lac Jean, Canada.  She also placed 2nd in the stage in Victoria and Seychelles; and 3rd in Chun’an, China and Abu Dhabi.

The COB announced the best athlete of the year in 51 sports. In swimming, the men’s 400 free relay of Marcelo Chierighini, Pedro Spajari, Gabriel Santos, and Marco Junior, which won gold at the Pan Pac Championships after the American relay was infamously disqualified for swimming out of order, were the prize winners for pool swimming.

The winners of the national awards will be announced at a ceremony on December 18th at the Shopping Village Mall in Barra da Tijuca, Rio de Janeiro