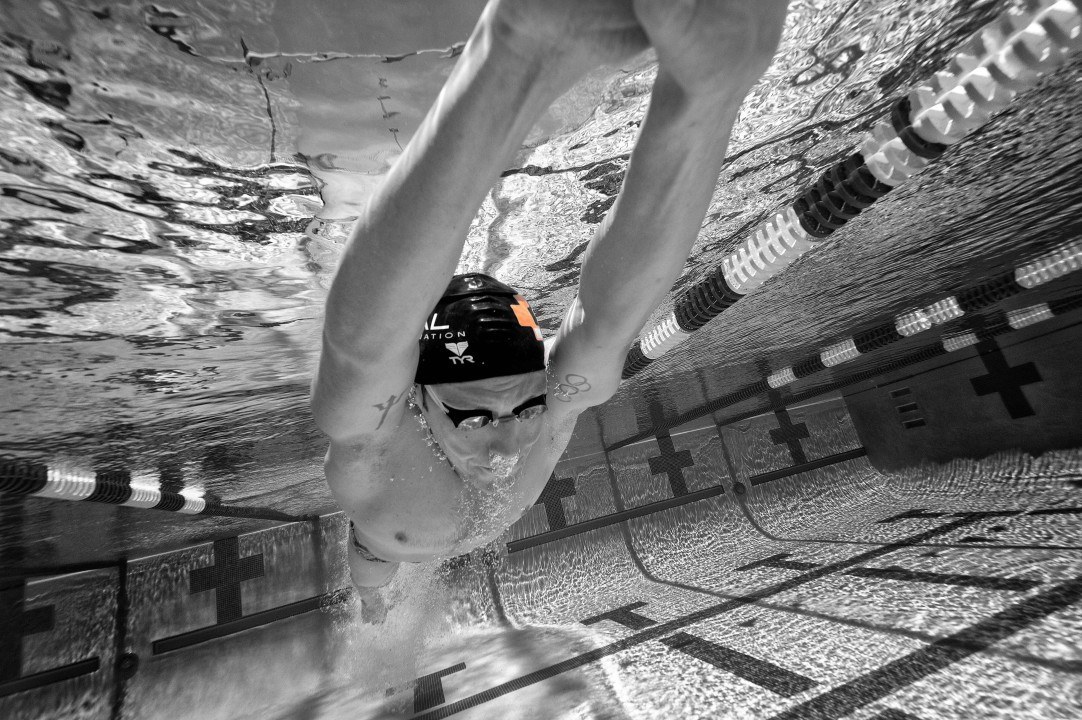 Alex Meyer will be among the headliners at the 2015 Crippen Cup 10K in 11 days. Archive photo via Mike Lewis/Ola Vista Photography

The start lists are out for the 2015 Crippen Cup 10k in Miromar Lake, Florida on March 28th, and the headliners will be the United States’ two representatives in the 2012 Olympic Games in open water: silver medalist Haley Anderson and Alex Meyer.

Aside from Andersen and Meyer, other top names participating will include two-time Pan Pac and 2005 World Champion Chip Peterson; rising distance stars Taylor Abbott and Robert Finke; and Canadian Olympic bronze medalist Richard Weinberger on the men’s side.

The smaller women’s field will include current and past open water National Teamers Emily Brunemann, Christine Jennings, and Tristin Baxter, along with Canadian Olympian Zsofi Balazs.

Among the more intriguing participants is a swimmer who has had success in the indoor, lane-bound waters of the University of North Carolina, but who make sense as fits for open water swimmer: Stephanie Peacock.