America Surges To Medal Table Lead After Day 1 In Hangzhou 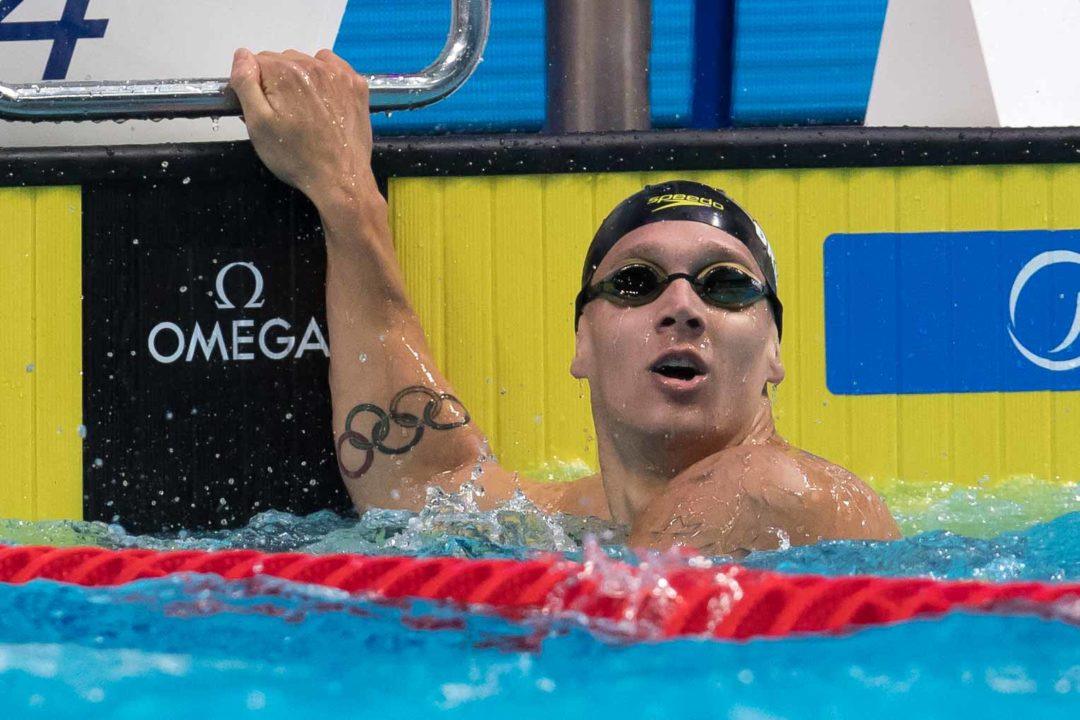 The United States jumped to the top of the overall medal standings early, courtesy of the men’s and women’s 4x100m freestyle relays. The former contained the lethal combination of Caeleb Dressel, Blake Pieroni, Michael Chadwick and Ryan Held, who collectively clocked a winning time of 3:03.03. That wiped out the old World Record time of 3:03.30 set by America the 2009 Duel in the Pool. Dressel also notched a new American Record with his stellar 45.66 lead-off tonight, topping the just-hours old 45.82 mark Held led off with in prelims.

18-year-old freestyle ace Ariarne Titmus of Australia got her nation on the board with a gold in the women’s 200m freestyle. The Pan Pacs medalist busted out a heroic final 50 to catch American Comerford and register a winning effort of 1:51.38. That not only checks-in as a new Australian National Record, Oceanic Record and Commonwealth Record, but it moves Titmus up to 4th on the all-time performers list.

The remaining individual golds went to Hungary’s Katinka Hosszu in the women’s 400m IM, Danas Rapsys of Lithuania in the 400m free and Daiya Seto in the men’s 200m fly. For his part, Rapsys’ winning time of 3:34.01 earned the World Championships rookie a National Record.

Seto rocked the pool with a new 2fly World Record of 1:48.24. That gives the Japanese Olympic medalist his first World Record and sets the stage for his 400m IM event later in the competition.

There were 7 medal events tonight and only 6 listed here….