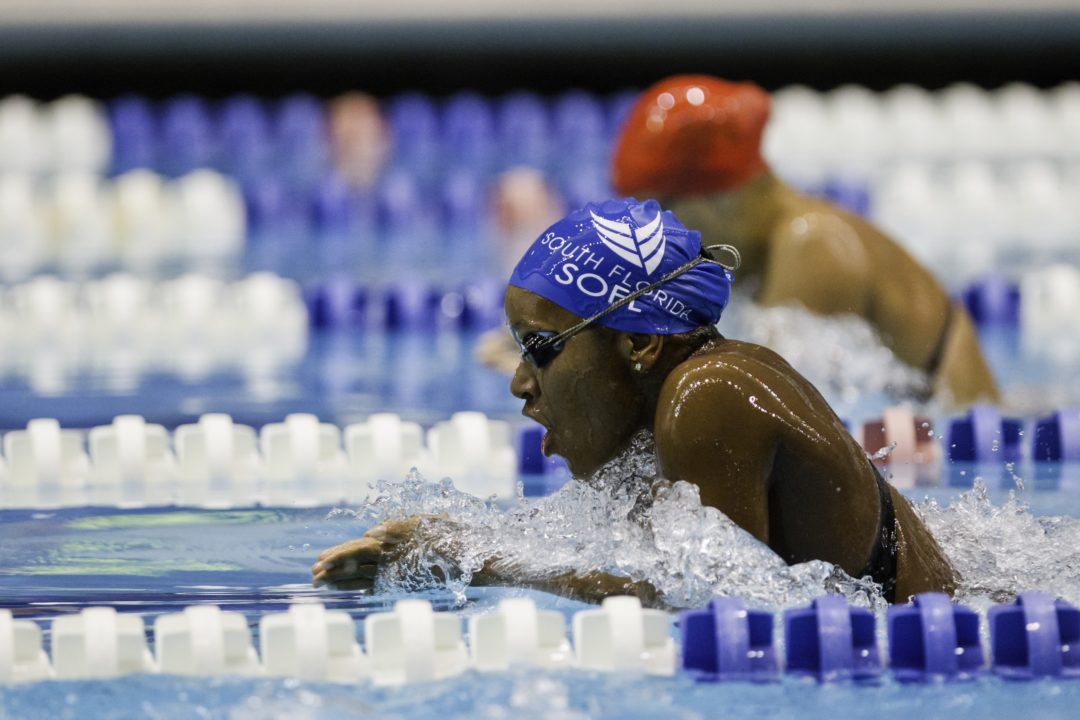 Alia Atkinson won her third event of the World Cup Series with a victory in the women's 100 breaststroke. Archive photo via Tim Binning/TheSwimPictures.com

In what has become a great battle-within-a-battle, Jamaica’s Alia Atkinson bested Russia’s Yulia Efimova in the 100 breaststroke 1:03.38-1:04.68. That’s Atkinson’s third win of this event in five tries on this year’s series.

Despite the fact that Efimova has been great in the 50 meter races (she won in the series’ last stop in Dubai), she was smoked on the first 50 meters. Atkinson turned in 29.63, whereas Efimova split a 30.70. That’s where the majority of the difference between the two ultimately came from in the race.

A tight third-place finish went to Japanese teenager Kanako Watanabe in 1:06.03. She was followed by the Netherlands’ Moniek Nijhuis (1:06.07) and Britain’s Sophie Allen (1:06.36) with the last 25 meters making all of the difference in the race.