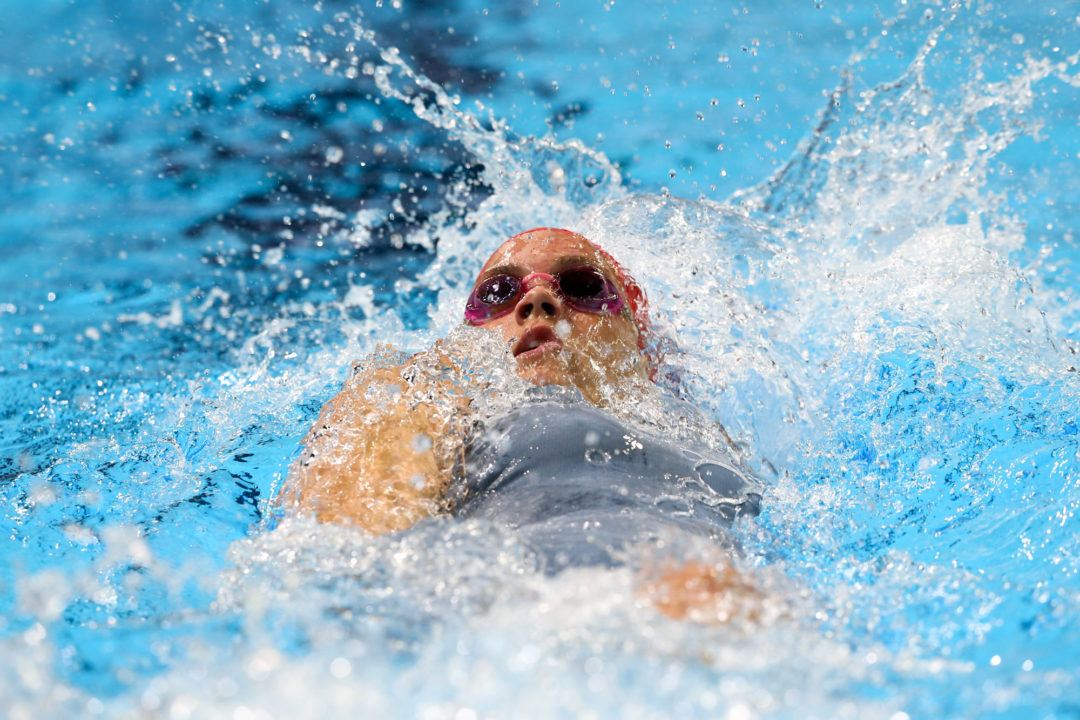 After smashing the 100 back SEC Record on day 4, Alabama's Rhyan White is still on fire. She took down another SEC Record in prelims of the 200 back. Archive photo via Tim Binning/TheSwimPictures.com

After smashing the 100 back SEC Record on day 4, Alabama’s Rhyan White is still on fire. In prelims of the 200 back, White took down the SEC Record with a 1:48.06. That makes her the 7th fastest woman in history. White took down the former record of 1:48.24 set by Florida’s Gemma Spofforth at this pool at the 2009 SEC meet. Spofforth was a World Champion for Great Britain that year.

Compared to Spofforth, White was out significantly faster, outsplitting Spofforth by over 2 seconds. However, Spofforth negative split that race back in 2009. So Spofforth’s back half was 2 seconds faster than White’s. White is now within a second of the NCAA Record set by Wisconsin’s Beata Nelson last year. Given her sizeable drop from prelims to finals in the 100 back last night, she could be eyeing that record in finals tonight.

In tonight’s final, White will race Kentucky’s Asia Seidt, the reigning SEC Champion. Seidt is the 10th fastest performer in history. Spofforth’s time from 2009 still rankes her as the 8th fastest in history.

Who is she? An international? I have never heard of her prior to this meet.

She’s American, and was one of the top junior swimmers in her class. Swam at the 2018 Youth Olympics

Well, you learn something new every day. I guess I’ve been focusing on Smith and Bacon too much haha

Are we on American record alert for tonight?

Congrats Rhyan. So glad to see you swimming fast!

This is all Coley’s fault

I know, she easily could be 1:45 if he wasn’t there screwing things up!

Wait I’m confused, what’d he do?

According to “inside sources” on the Bama team posting here a few weeks ago, he was the cause of impending Bama swimming demise, Tua’s hip injury, and global warming. That’s a lot.

You forgot about the missed field goals…

He’s a sprint coach. What does he know about backstroke

That list of contenders for the backstroke slots this summer just got even more crowded.

Small mistake. On her splits calculation, her final time was 1:48.06.