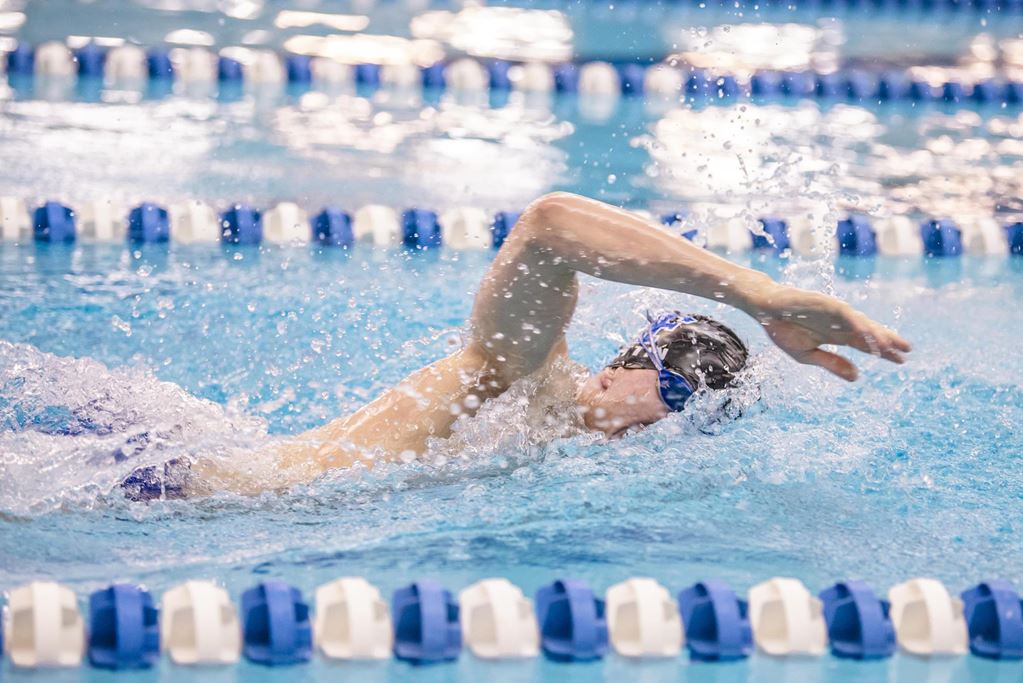 “It was a great weekend of swimming for us being able to defeat the defending conference champion twice in their own pool,” Head Coach Rob Clayton said. “We’re really excited about where we are at and are excited to work on some details before we are back in action at Texas A&M.”

Overall Air Force won eight events out of 13 overall, including both relays and six individual events.

The day started with a relay win in the 200 medley relay. That was followed by individual wins by sophomore Isaac Gwin in the 200 free and 100 back, as well as wins in the 400 IM and 100 breast by senior Zach Nelson.

Over on the diving board, junior Jack Zocher placed third in the 1-meter while freshman Brett Jenkins took third in the 3-meter.

Air Force is now off until the end of the month when they head down to the first big Invitational of the season, the Art Adamson Invite hosted by Texas A&M University. The event will run Thursday-Saturday, Nov. 21-23.

“Our men are very much a work in progress, and they ran into a very good Air Force team that is very clearly much further along than we are so far this season” GCU head coach Steve Schaffer said. “Were it not for the strong performance of our divers, seniors Pietro Hufnagel Toscani and Nick Benson, the margin of our losses would have been bigger.”

A stellar performance from Shoukri earned him his first win of the weekend in the 50 freestyle (20.86). Freshman Omar Elsayd finished second in the event (20.90).

Sophomore Samuel McKenzie, who won WAC Swimmer of the Week after his last performance at Seattle U, won his first event of the weekend in the 100 freestyle (45.39) and freshman Mikhail Lyubavskiy won the 500 freestyle (4:36.85). McKenzie and Lyunavskiy also took second and third in the 200 freestyle in 1:40.26 and 1:41.63.

On Saturday, the Lopes had several strong performances in its loss to Air Force.

“To our guys’ credit, though, we had a good percentage of season-best swims” Schaffer said. “That’s a good trend as we will start to unload for our midseason invitational at Purdue.”

“They all swam very well on both days of the meet,” Schaffer said. “It was good to see upperclassman Wiktor Jaszczak really starting to come on as well.”

“Freshmen and sophomores continue to lead the way for us,” Schaffer said. “Mazen Shoukri, Sam McKenzie, Florent Janin and Omar Elsayd had great swims in the shorter freestyle events.”

“Overall, both programs are moving in the right direction,” Schaffer said. “We are excited to rest and see how we compete at the Purdue Invitational in two weeks.”

Up next, the Lopes travel to West Lafayette, Indiana, to compete in the Purdue Invitational on Nov. 21-23.