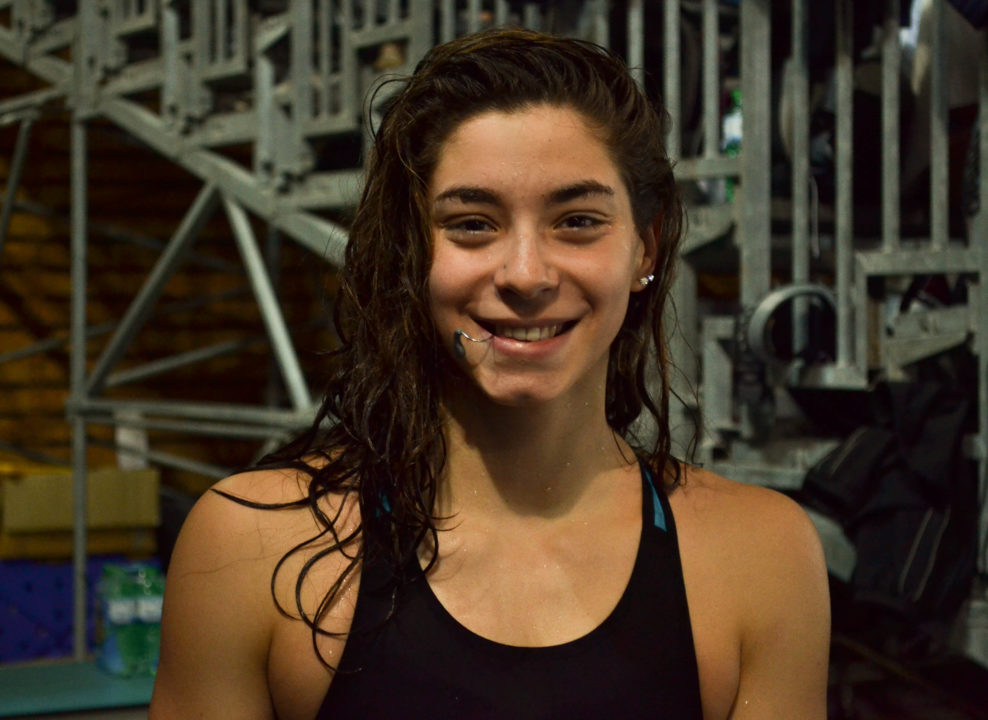 Italy's Erika Francesca Gaetani produced gold in the women's 200m back in Kazan tonight, but broke an Age Record in the process. Archive photo via Giusy Cisale/Swimswam.com

Day 2 of the European Junior Swimming Championships carried the momentum from day 1, with the continent’s major budding stars making their marks on this year’s edition of the annual international meet.

We’re keeping track of the individual national age records of which we’re aware as the meet rolls on. The following list includes those that we were able to note from day 2.  Let me know of any additional swims clearing a record in the comments.

Funny that Chikunova’s time wasn’t a european junior record …
The funny official of the european swimming federation decided that you have to swim at least 2:19.64 (the time Solnceva swam in 2015) to get the record, a time that would win you a medal/gold at every global competition. At the same time in the men’s 200 breast you “only” have to swim 2:09.46 to get the record, a time that won’t get you in any global final, possibly not even in a final at european level. I am sorry but whoever decided to introduce this concept is absolutely clueless. If you want to introduce new records then just give the record to whoever swims the fastest time at… Read more »

Solnceva, known to most of us as Viktoriya Zeynep Gunes.

The problem with the “fastest time at the first competition” is that you wind up with that nonsense we had when the mixed relay world records were introduced and teams fabricating meets and racing by hours to break records.

I am a bit sad that Gose missed Silke Lippok’s 100 free age group record by only 0.05 seconds. With a bit more rest or a better reaction time (instead of 0.74) she could have done it. Don’t know if she will get another shot at it since she seems to peak here.

You can tell how quick Whittle is developing. He’s already quicker than Matt Richards was when he set the 16 year old national age group record in the 100 free back in April.

British Swimming lists a 2:13 as the record: https://www.swimmingresults.org/downloads/records/BR/BR_LC_Male_17Years.pdf

British Swimming lists a 2:13 as the record: https://www.swimmingresults.org/downloads/records/BR/BR_LC_Male_17Years.pdf