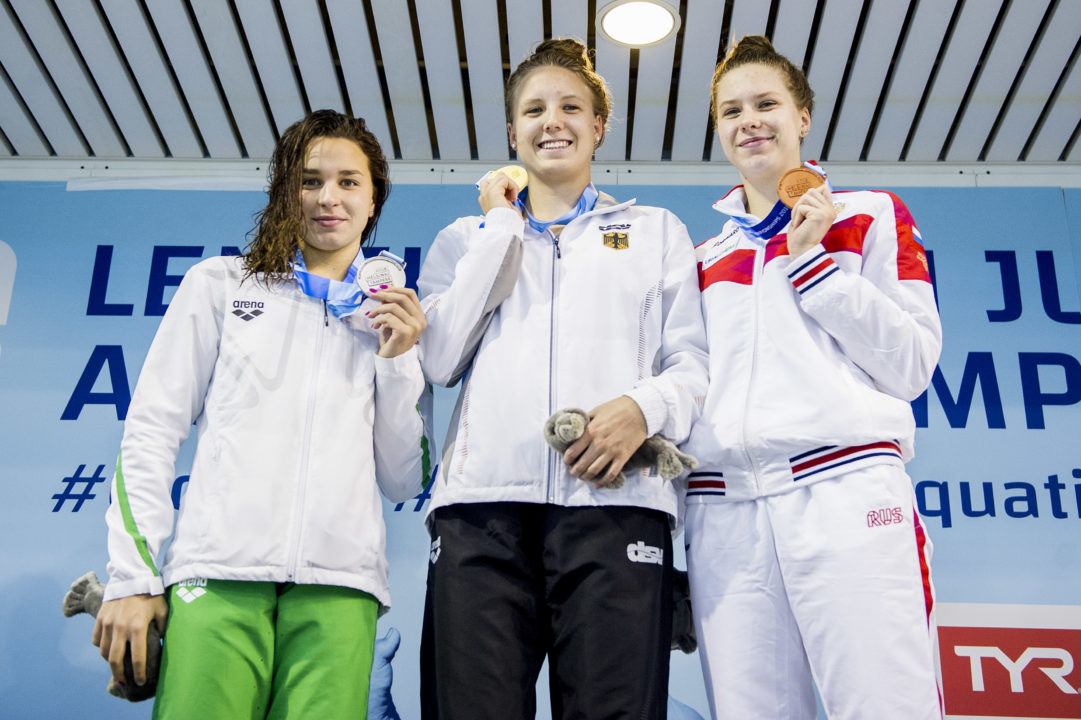 The team of Rafael Miroslaw, Artem Selin, Maya Tobehn, and Isabel Gose combined for a time of 3:28.43, 7/100ths under the former record. Current photo via Andrea Masini/Deepbluemedia/Insidefoto

Germany’s mixed 4 x 100 freestyle relay broke the course record in their gold medal-winning swim tonight in Kazan. The team of Rafael Miroslaw, Artem Selin, Maya Tobehn, and Isabel Gose combined for a winning time of 3:28.43, just 7/100ths under the former record set by Hungary in 2017.

Gose has had a huge evening of swimming in Kazan, winning two individual events prior the relay. First, Gose started the evening with a victory in the 400 freestyle, touching in 4:07.96, over two seconds ahead of runner-up Giulia Salin of Italy. Next, in an incredible showing of versatility, Gose won the 100 freestyle in 54.86, nearly half-a-second ahead of German teammate Maya Tobehn who touched in 55.21. Tobehn and Gose both stepped up again for the relay and swam faster than they did in the individual event.

Gose and Tobehn were joined on the relay by Rafael Miroslaw and Artem Selin, who, after the first two legs of the race, touched the wall in 3rd behind both Russia and Italy. Tobehn and Gose made up the ground and then some, winning by nearly 7/10ths.

Hunary’s record time from 2017 was set by the team of Kristof Milak, Nandor Nemeth, Fanni Gyurinovics, and Anja Kesely.