After 2 Surgeries This Year, Seebohm Snares 100 Back All Comers Record 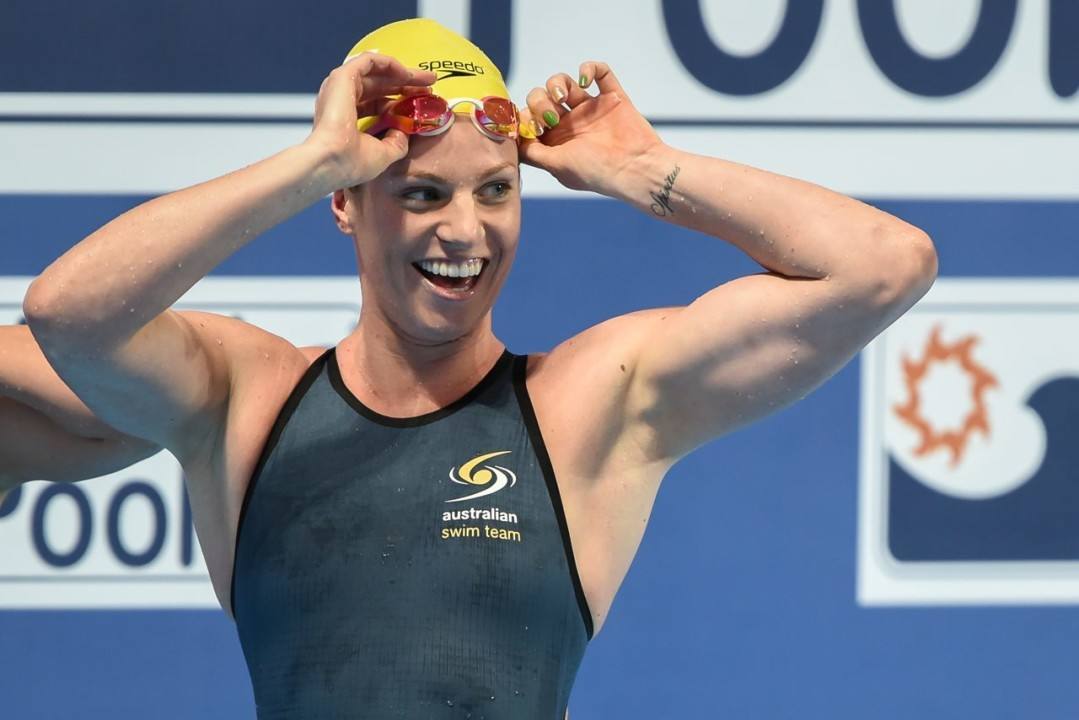 After having to stay out of the pool most of January due to medical issues, Emily Seebohm made the most of her Brisbane lane 4, scoring a new 100m backstroke All Comers Record. Archive photo via Peter Sukenik/www.petersukenik.com

While competing at the 2017 Australian Swimming Championships, backstroking superstar Emily Seebohm scored a shiny new All Comers Record in the 100m distance. Equivalent to U.S. Open Records in America, All Comers marks represent the fastest time performed on Australian soil by a swimmer from any nation. The previous All Comers Record stood at the 58.70 Seebohm herself clocked in 2015, but she surpassed that by .08 of a second to establish a new standard of 58.62. She holds the Australian National Record at 58.23.

Although gold medal-less individually in an Olympics, Seebohm is undoubtedly the most consistent Australian performer ever in the women’s 100m backstroke. She just earned her 10th national title in this event, winning every year over the past decade with the exception of 2011. She also holds her nation’s top 10 fastest performances of all-time and is the reigning World Champion across this and the 200m backstroke distance.

Seebohm’s performance tonight is especially notable given the fact the 24-year-old underwent two surgeries already this year. One was to address her endometriosis diagnosis, while the other was a routine wisdom teeth removal. As such, Seebohm said pre-meet that her aim was to just ‘have fun’ with this championship meet and ‘keep her fingers crossed’ she’d make the team. Mission accomplished, Miss Seebohm.

While some big names are not showing up, Budapest is still looling to have some great races. In the Womens 100 back its going to be a great race with Masse, Seebohm, Baker, Hosszu, Yuanhui all in the mix. Masse is the favorite with her textile best this month, but Seebohm seems to be on track to return to 2015 form, Baker was great at NCAAs and was great in Rio, Hosszu is the olympic champion, and Yuanhui is only 21 and has alot of potential based of her bronze in Rio and the second fastest 50 back ever in 2015.

She’s back! Fingers crossed for her!

You read my mind! Yes, meant ‘gold medal-less’, so qualified that. 🙂