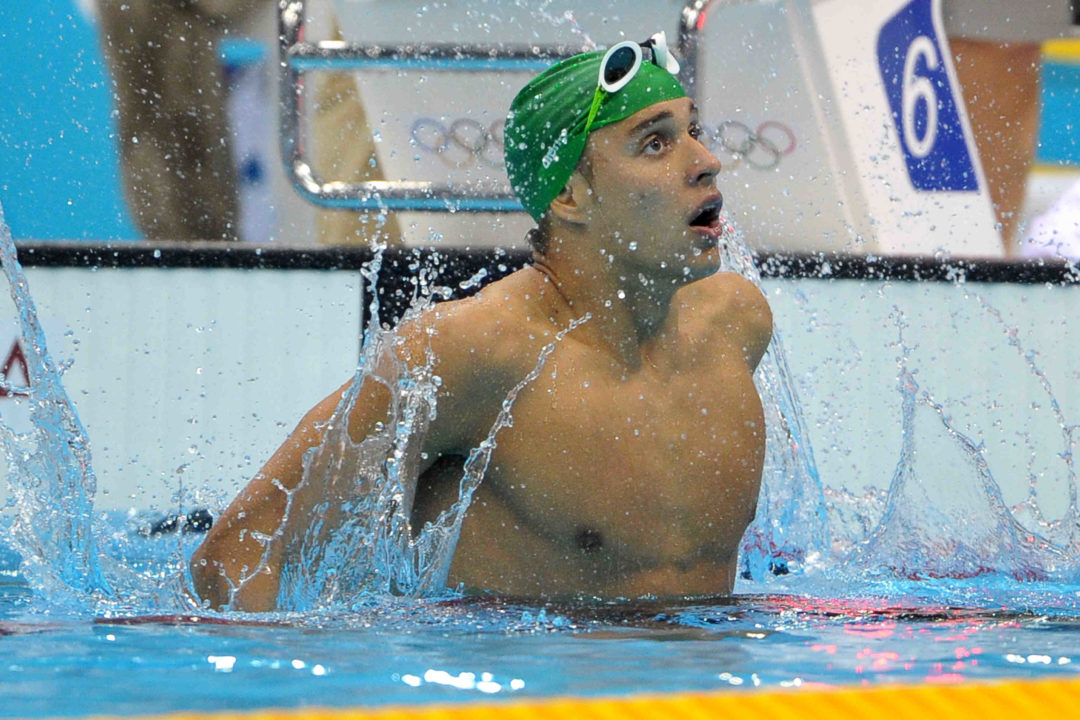 Cameron Van Der Burgh is flirting with the world record in the 50m breaststroke and Chad Le Clos is the favorite to win the 200 butterfly tomorrow. (Photo Credit: Tim Binning, TheSwimPictures)

We have not seen many records from Africa at the meet so far, but we have seen a lot of action in the semi-finals and finals from the South African team. Today, Chad Le Clos had a strong swim in the semi-finals of the men’s 200 butterfly. He will be the top seed going into finals with a time of 1:55.33. There is a potential to see a big time drop from the Olympic champion in this event. One year ago, Le Clos won the Gold medal at the London Olympic games with a 1:52.96. The Olympic silver medalist, Michael Phelps, is retired for now and the Olympic Bronze medalist, Takeshi Matsuda, failed to make it out of the semi-finals. Tyler Clary and Wu Peng should both be very competitive with Le Clos tomorrow.

Cameron Van Der Burgh is flirting with a the World Recored line. At the 2009 World Championships in Rome, Italy, Van Der Burgh set the World Record at 26.67. He has been getting very close to the record, and this time, without a body suit. He had the fastest time in the semi-final heats at 26.81 but his time from prelims was a little faster at 26.78. He has consistently been fast to the 50 at this meet, splitting a 26.83 in the finals of his 100m breaststroke. There is a very good chance that we will see a new world record in this event tomorrow night.

Tomorrows will be South Africa day..