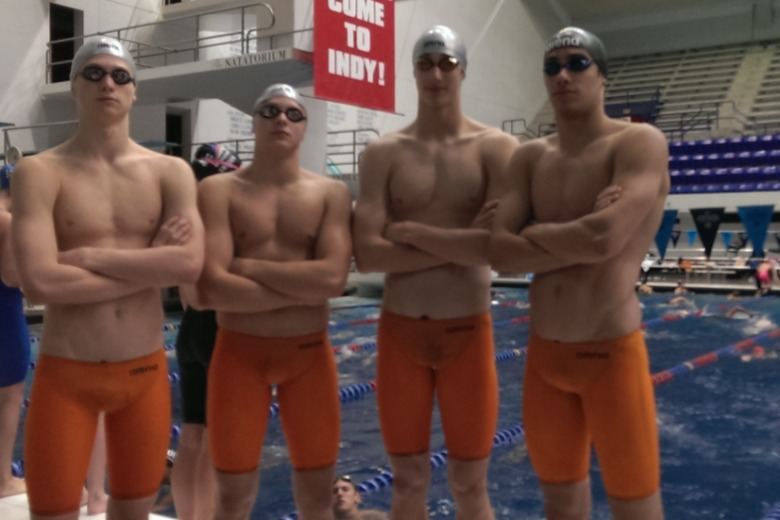 The time-line seems to indicate that CATS Aquatics had the record before Somerset Valley, but great swims by both relays. (Images courtesy of CATS Aquatics)

Shortly after posting about the success of the Somerset Valley YMCA boys at the YMCA Long Course National Championships, we learned that they may not have broken the National Age Group Record, after all.

That event is time-stamped at 6:17 PM Eastern time, which almost surely makes it before the Somerset YMCA did their swim. We don’t know for sure if USA Swimming time-stamps records, but either way, the boys from the CATS will end the day as the National Age Group Record holders.

With all four swimmers being either 17 or 18, it also breaks the 17-18 record of 1:44.93 held by Doug Kling, Tyler Mayfield, Keith Dennison, and Alex Federov in 1989 while at Las Vegas Gold. Those names might not jump off the page to the modern generation, but their coaches will: David Marsh and Bob Bowman.

Black, who is a Stanford commit and the National Public High School Record holder in the 100 yard fly, was the really incredible split on that relay. Though it was on a rolling start, that’s already a time capable of competing with the best in the country in this race.

Those guys swim for CATS not NASA. So either the names are wrong or the team.

We are not NASA Wildcats, we are CATS Aquatics based out of Libertyville, IL, no affiliation at all with NASA Wildcats.