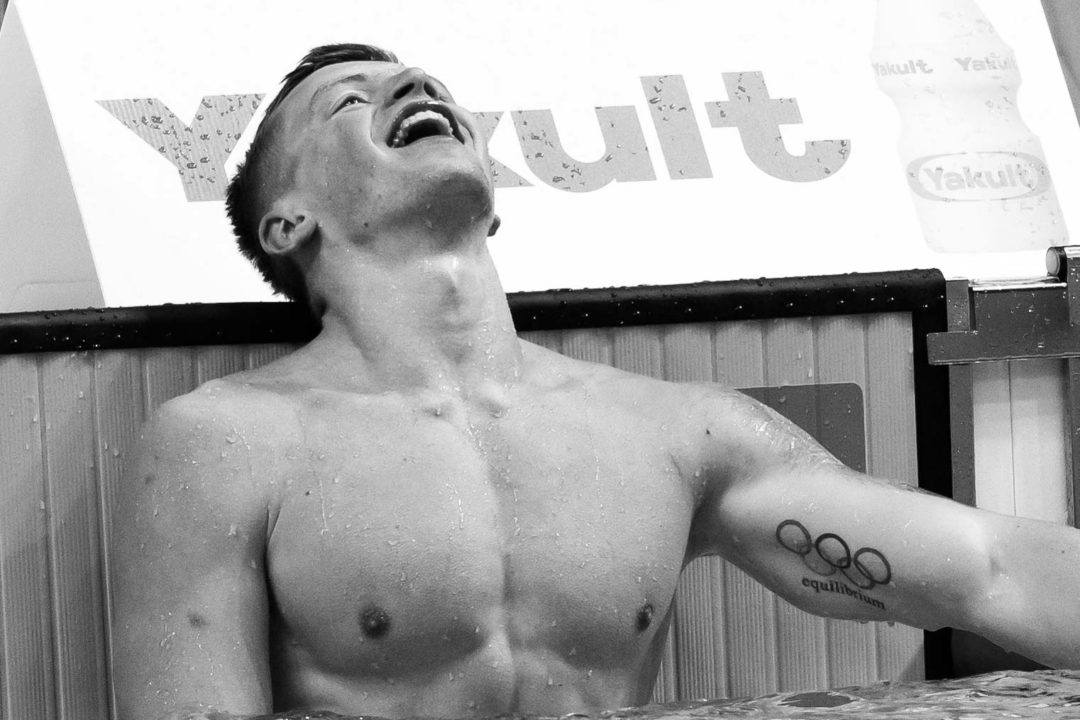 Tonight, Great Britain's 22-year-old breaststroke titan Adam Peaty put up the second-fastest swim in history and only second-ever swim under 26 with 25.99 to defend his 2015 title in the men's 50 breaststroke. Current photo via Mike Lewis/Ola Vista Photography

For his first 50 breaststroke swim of the 2017 FINA World Championships in  he set a world record in the heats to lower the fastest swim in history by .3 (and apparently wasn’t expecting it.) Then, he became the first person in history under 26.

It’s a true testament to Peaty’s dominance that Joao Gomes became the second-fastest swimmer in history tonight, but still finished half a second behind Peaty.