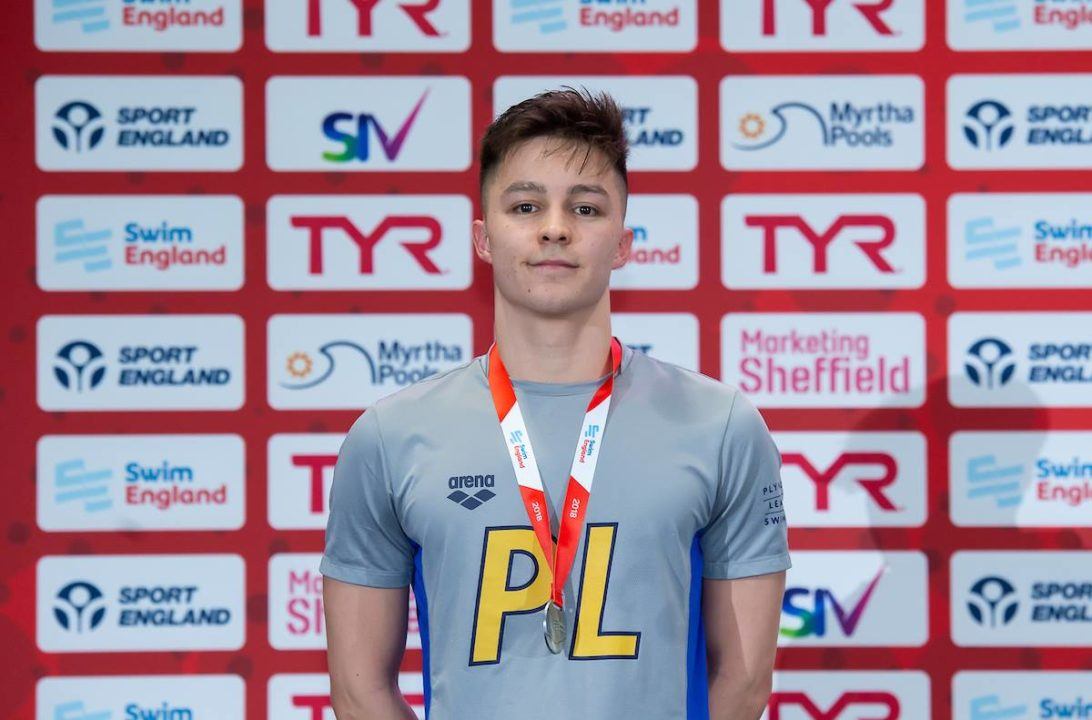 The Mare Nostrum Tour wrapped up last month but not before a newcomer to the Hong Kong elite squad made his record-breaking debut. Archive photo via SWpix/Swim England

After having been racing under the British flag for nearly a decade, for the first time, half British/half Chinese Adam Chillingworth represented his new sporting affiliation of Hong Kong along the Tour.

The Plymouth Leander graduate posted a time of 2:12.52 in the men’s 200m breast in Monaco, establishing a new Hong Kong national record in the progress. Although Chillingworth owns a lifetime best of 2:12.17, that mark was logged at the British Swimming Championships this past April while still representing GBR.

Chillingworth lived the first 15 years of his life in Hong Kong before moving to the UK where his competitive swimming roots took hold. While training under coach Paul Ritchie at Street and District Swim Club, the breaststroker continued to improve his technique, stamina, and times.

Chillingworth then moved on to Plymouth Leander under Robin Armayan through graduation, culminating in his becoming Great Britain’s 18th fastest 200m breaststroker of all time with his aforementioned 2:12.17.

As for his move to now representing Hong Kong, Chillingworth told SwimSwam that he acknowledges he has a better chance of making elite international teams in Hong Kong versus the UK.

And he’s not the first in recent years to have made a representation change from a historically more successful swimming nation to Hong Kong, as the late Kenneth To also made his move from Australia to the Asian nation in 2017.

Chillingworth will also be on the physical move before the end of summer, set to relocate to Western Australia, training under Zoe Baker at Peel Aquatics.

And he won’t be the only Brit down under, as we previously reported that on-fire speedster Lewis Burras also followed Baker to Australia.

You may be referring to Eileen Gu, freestyle skier

He said in 2019 he planned to switch allegiance to Hong Kong before the 2020 Olympics:
https://www.proswimwear.co.uk/blog/get-to-know-adam-chillingworth/

Why is he representing Hong Kong? Is one of his parents from there?

It says he lived in HK the first 15 years of his life….

Pretty sure that wasn’t in the original article but I could be wrong lol.

his mum is from hk