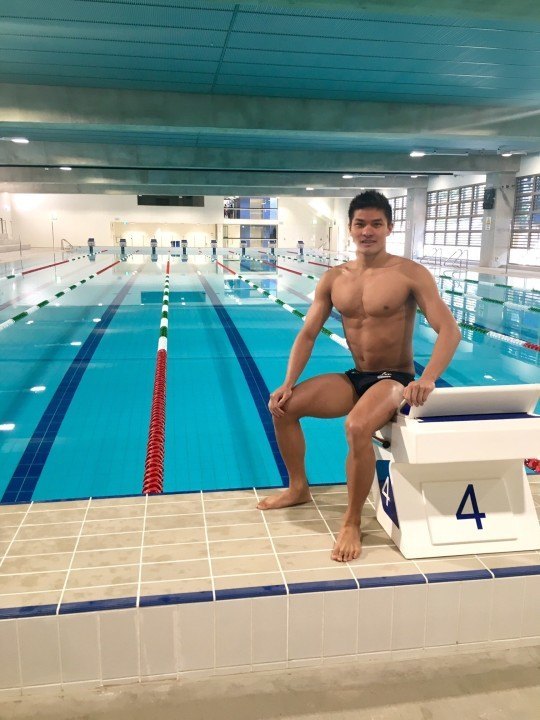 If you were wondering where Aussie Kenneth To has been, you'll now need to follow him on the Asian circuit. Archive photo via courtesy of Kenneth To/Trinity Grammar

Once a World Cup Series winner competing under the flag of Australia, Hong Kong-born Kenneth To will now be representing his birthplace in international competitions. The 24-year-old who incurred a weight room injury in 2014 which sidelined his World Championships and 2016 Olympic hopes, has submitted all of the necessary FINA paperwork for the transition and has been residing in Hong Kong since late last year.

Says To of the big move, “The decision was made in June after the Australian Olympic trials following some discussion with my Hong Kong girlfriend and also because I think it’s time for a change after spending many years in Australia.”  To moved to Australia in his toddler years and has swum for Matt Brown at Trinity Grammar until the move to HK. To now trains with Olympians Claudia Lau and Sze Hang Yu at the National Sports Institute as a senior squad member, with the ultimate target being the Tokyo Olympic Games.

Chen Jianhong, the Sports Institute’s Head Coach, says that To’s past times already make him a medal contender among his Asian peers. “To is in his final year at university and once he has completed his studies and trains on a full-time basis, he will become a major force in the Hong Kong team. He can also help the freestyle relay team to contend for a medal at the next Asian Games.”

To has historically competed in the sprint freestyle and 200m IM events. During the 2016 racing season, To clocked a 49.12 100m freestyle and 2:01.40 200m IM, both of which exceed the national records for Hong Kong. To tells SwimSwam he anticipates being able to represent Hong Kong internationally later this year.

Big fish in a small pond…

Presuming he wants to swim @ next year’s Commonwealthh Games and then Tokyo Hong Kong us his best bet as odds long on baking Aussie team for either meet.

Bill Bell presumes that he wants to swim at next year’s Commonwealth Games and then 2020 Tokyo. Swimming for Hong Kong is his best bet as he has great odds of even having a chance of making the Australian Olympic team for either of these meets.

Kenneth could crush all the records easily.