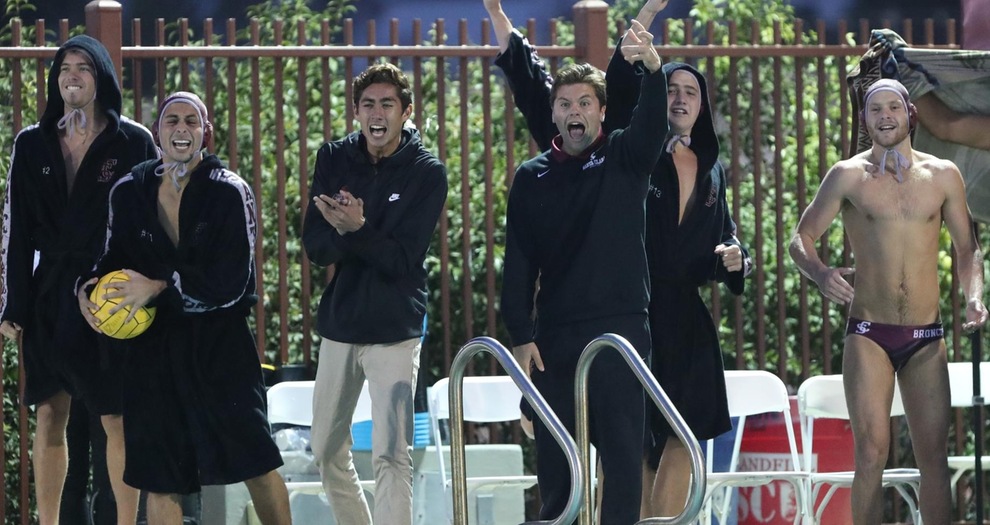 Week 11’s #1 teams Stanford and USC both came up victorious in their final MPSF contests.

The Trojans squeaked past #7 Cal 14-13, thanks in part to a 7-4 halftime advantage and a four-goal effort by Hannes Daube. Jake Ehrhardt also chipped in a hat trick in the USC win. Nikolaos Papanikolaou and Jordan Hoover scored three goals apiece for the Bears.

Stanford left no doubt in its 17-11 win over UCLA. The Cardinal led 13-6 at the half, including a seven-goal second quarter. Ben Hallock dropped in five goals, while Bennett Williams and AJ Rossman added four and three scores respectively. UCLA got two goals each from Jake Cavano, Matthew Kacura and Nicolas Saveljic.

There was one Top 10 upset with #6 Pepperdine edging past #5 UC Santa Barbara. In other Top 20 action, RV Santa Clara knocked off #12 San Jose State.