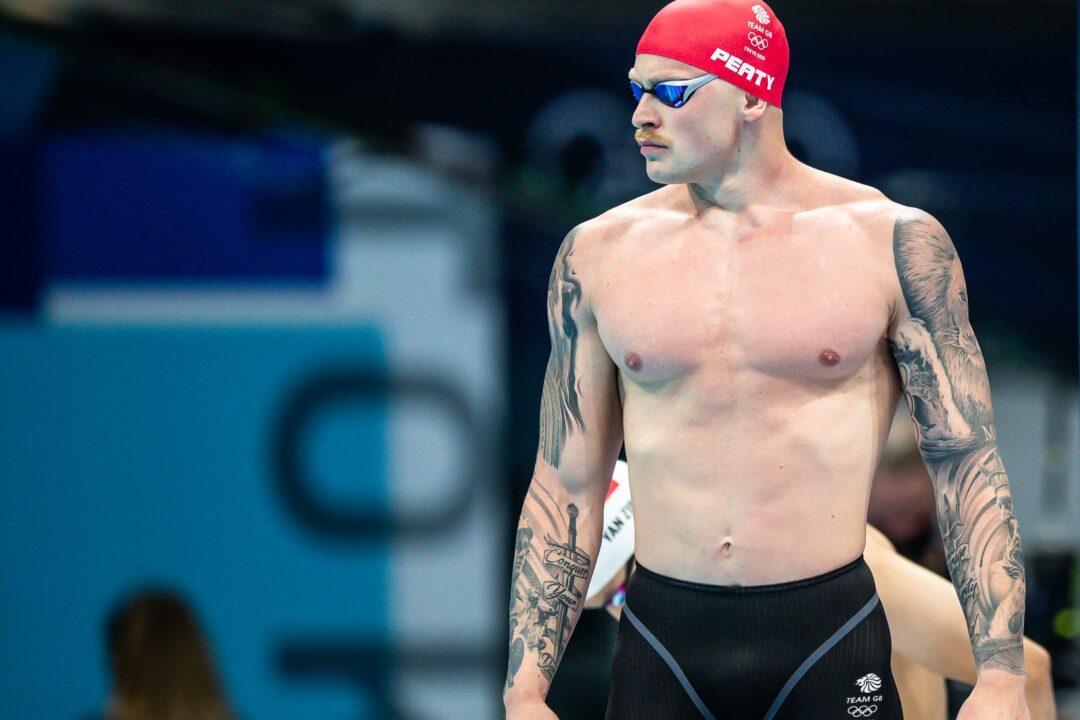 Adam Peaty leads a roster of 53 athletes who are part of either the podium program or podium potential program headed toward the Paris 2024 Olympic Games. Archive photo via Jack Spitser/Spitser Photography

British Swimming has named 53 swimmers to its World Class Program for the 2022-2023 season. The list includes swimmers who are a part of either the Podium or Podium Potential tiers, and athletes on the list will receive program opportunities and targeted support from both British Swimming and UK Sport.

British Swimming cites a “thorough selection process” to make the list, and an “in-depth assessment of their capability to be successful at future Olympics and World Championships.”

Key competition opportunities and training camp experiences throughout the season are among the benefits for WCP athletes, while there is access to comprehensive support from the world-leading British Swimming performance and sports science and medicine support staff, plus access to a network of national Institute of Sport programmes across the UK.

“The challenge for our swimmers right now is how to follow up a historic Olympic Games and a packed 2022 summer in which our teams showed mental strength and resilience – and we are excited to see how this group of athletes rises to that challenge in the coming months,” British Swimming Performance Director Chris Spice said.

“Successes such as those we’ve seen in Tokyo, Budapest and Rome over the past 18 months is testament to the quality and commitment of our athletes in the arena, as well as the high standards set by our elite coaches and support staff in training.

“We know that the swimming calendar in 2023 is more straightforward than in the recent season, with the focus very much on how our swimmers can best prepare for the World Championships in Fukuoka and our key pathway competitions next year. The next Olympic Games are a year and a half away now, so progressing things in and out of the water towards Paris remains the ultimate goal and something we are excited to work on with this talented group of athletes.”

All but 3 still-active members of Britain’s Olympic Team in Tokyo made the performance squad. The absences are Cassie Wild and Harriet Jones on the women’s side, and Max Litchfield on the men’s side, who has been conspicuously absent from international teams over the last year amid ongoing legal inquiries.

Wild and Jones were both part of Great Britain’s World Championships roster last summer as well, though neither qualified for an individual final in Budapest.

Many members of the home nations Commonwealth Games teams are absent. Significantly, those absences include Luke Turley, who won a bronze medal at the Commonwealth Games in the 1500 free and swam lifetime bests in 2022 in the 200 free (1:48.77) and 400 free (3:48.50). Another medalist, Imogen Clark, is also absent, in spite of taking Commonwealth Games silver in the 50 breaststroke.

The list of 53 athletes is a reduction of two from last year’s lineup.

Shame some of these names on here massively cheated but are still down for the gb team? How fair is that??

Some of these wouldn’t be here apart from covid where some swimmers had nothing happen to them and others had everything happen plus the fact that a few swimmers on the British team cheated doing covid and other didnt followed the rules ,the next Olympics I will be cheering on another country rather than gb

Think everything is wrong with British Swimming a lot cheat take drugs but no come back ?

Is it right for a governing body to drop a swimmer from the national team without a public explanation? What has Max Litchfield supposedly done? If it hasn’t resulted in sanction after a year is it justified to remove his funding?