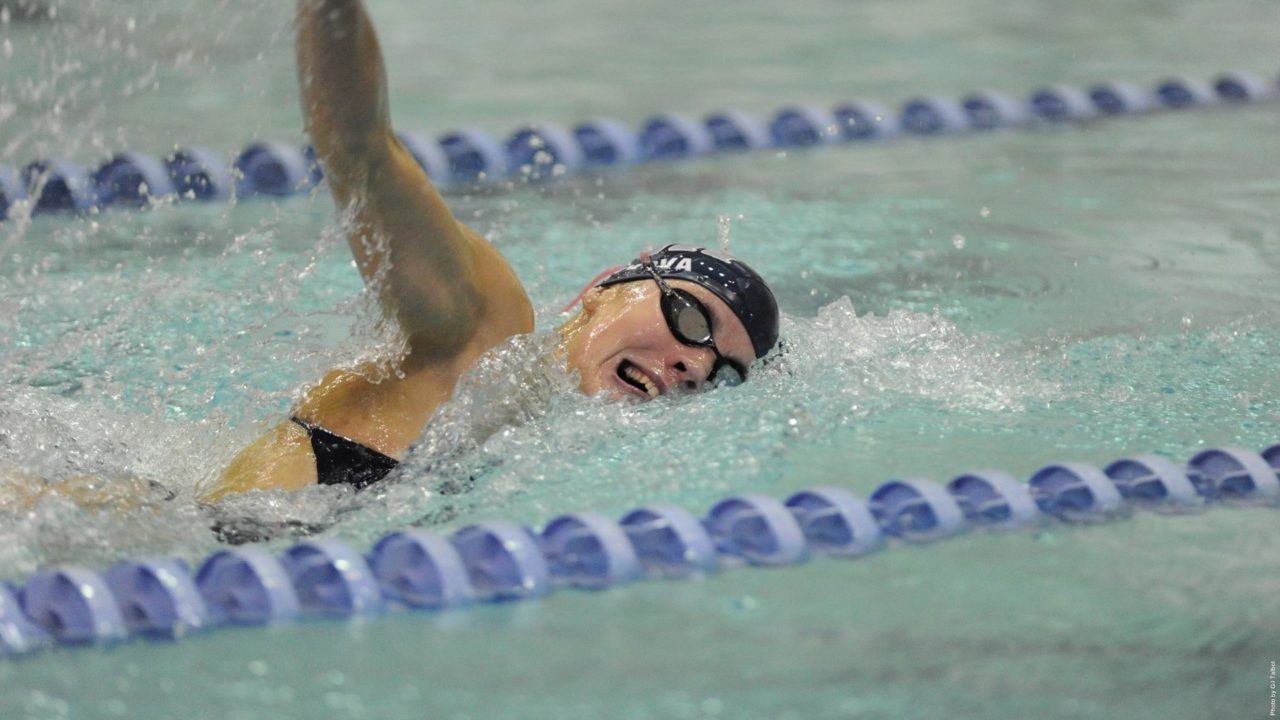 Meet Records were set in 5 events at the 2018 CSCAA National Invitational Championship – an alternate championship primarily designed for Division I swimmers who don’t qualify for the NCAA Championships.

The men from George Washington University and the women from Rice sprinted out to leads in the team scoring, ironically without capturing any of those 5 records broken.

Denver won the most events on the day, starting with a 1:20.57 in the men’s 200 free relay, and finishing with 3 more wins. Among them was a sweep of the 500 freestyles. Annelyse Tellier won the women’s race in 4:44.01 in finals to break Alicia Caldwell’s prelims record of 4:48.32. The record coming into the meet was held by Caldwell’s former Rice teammate Erin Flanigan, who swam 4:48.59 in 2015. In total, the top 4 finishers were faster than the old record in finals.

The men’s race went to Denver sophomore Colin Gilbert, a Canadian by birth, in 4:19.86. Gilbert swam at the NCAA Championships last year, but missed the meet by a few spots this season.

The Pioneers’ last win of the day came in the women’s 400 medley, where they raced to the final touch against Florida International. Denver won in 3:3.65, while FIU took 2nd in 3:39.86. The teams fought back-and-forth throughout the meet, with FIU taking the edge after a 1:01.4 breaststroke split from Carita Luukkanen before Denver’s back-half of Kylie Cronin (52.96 – fly) and Aysia Leckie (49.28 free) overcame a 7-tenths of a second deficit for the win.

Both relays overcame a backstroke deficit early, with San Jose State’s Colleen Humel opening up her team’s relay in 53.34 for an early lead. They eventually took 4th, unable to match Denver or FIU on the breaststroke leg.