4 Things to Watch For at the 2018 Speedo Junior Nationals 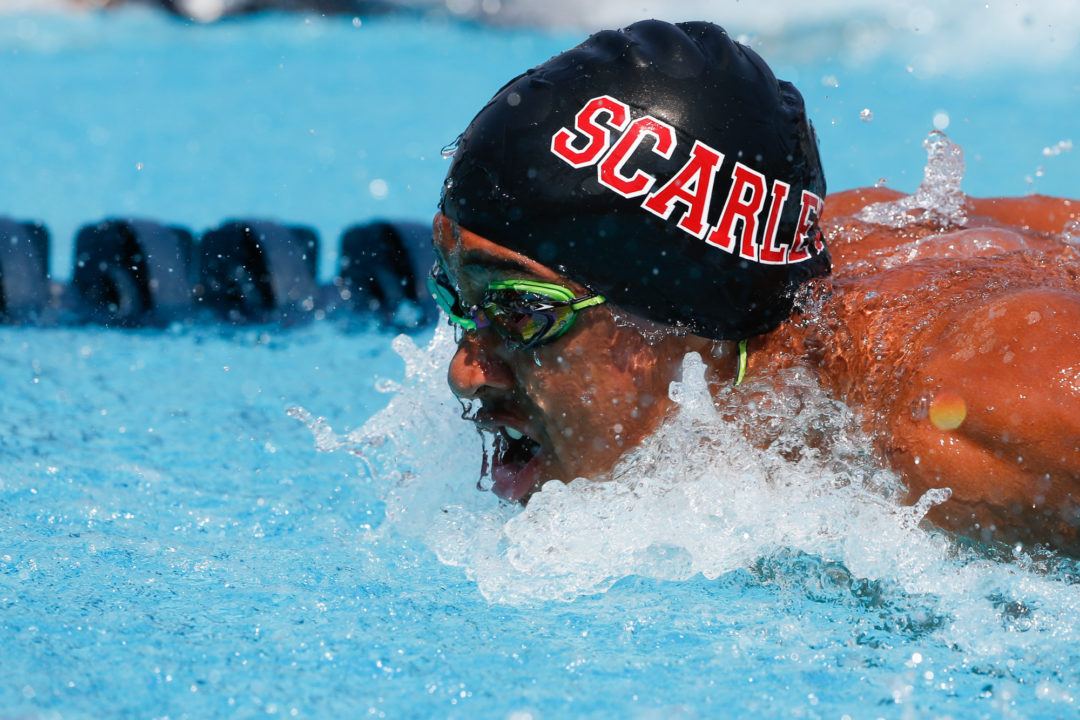 Below are four swimmer/stories/things to watch for at the meet (though this are far from an exhaustive list).

Two sets of siblings are entered to race this week, with plenty of top-3 seeds to go around between them.

Magnolia Aquatic Club’s Lucie Nordmann is seeded first in the 100 free and 2nd in the backstrokes, while younger sister Lillie will challenge for titles in the 100 and 200 fly.

Alexei Sancov and Andrei Minakov are two of the fastest 18 & unders training in the country, but the Terrapins swimmers internationally represent Moldova and Russia, respectively.

Dare Rose turned 15 this year, and he’s already climbed the 15-16 historical rankings considerably. The Scarlet Aquatics swimmer is seeded third in the 200 fly but should challenge for a title there, while he’s also scheduled to race the 100 fly, 100/200 free, and 200/400 IM.

Last week, Rose blasted a very impressive 3:51.41 in the 400 free, shooting up to third all-time in the 15-16 age group. He won’t be racing that at Juniors, but he’s going to have another shot at hitting PRs this week in Irvine.

Claire Tuggle of Clovis Swim Club and Mariah Denigan of the Northern Kentucky Clippers hit more PBs last week, and the two of them will vie for junior national titles in several events.

Unfortunately, first session and there isn’t anything to watch because the USA Swimming live feed is not working. Why can’t these people get it right?

And will there be live recap articles for Jrs?

I do NOT represent Moldova since last summer, and I’m not going to.

is this the real Alexei Sancov?

Who you represent then?

You mention the Foster siblings…but didn’t talk about their sister. Kinda cool thing to have 3 siblings at a high level, seems like you should mention all 3 not just the brothers.

Why the downvotes on this comment? It is part of the truth, that it is rare to have 3 siblings who are equally as accomplished swimming at both Nationals and Juniors.

If everybody shares your view of what is “interesting & relevant” then what will be the purpose of this “voting” feature at the first place? The swimswam keeps this process as it is without censoring to have people involved. So you are involved. Me too. Congratulations to both of us 😀

As that meet doesn’t have much interest for the US teens qualified for junior pan pacs, why Tuggle, Foster, Rose or Denigan enter that meet? Last year Erica Sullivan for example made the error of swimming at both US Open and junior nationals 2 weeks in a row. A grueling schedule in both meets with 2 races of 1500 free. She arrived at world juniors 2 weeks later exhausted and underperformed. Urlando is doing the right thing in my opinion. Don’t overrace. Go home, train and prepare for Fiji.

Can’t agree with you more. Seems silly for these kids to swim for 2 weeks straight. Not fair to the parents. All about the egos of their coaches.

I see that in today’s heat sheet a couple of them are not racing (Tuggle, Sims, Denigan) while some Jr. Pan Pac swimmers are racing same/similar events and some seem to be racing different events. Some people do better with more racing and some do better going back to practice, we will see in a month what happened.

Bobo – I’m here at the meet. I agree jr Pan Pacs qualifiers shouldn’t swim here. But many of them stay to train for Fiji. As you may know, this is the end of season for most clubs, so going home means no pools or coaches to train with. There are two 50-meter pools here plus an indoor sc pool. Most Jr Pan Pacs coaches are here this week to coach their jr National swimmers.